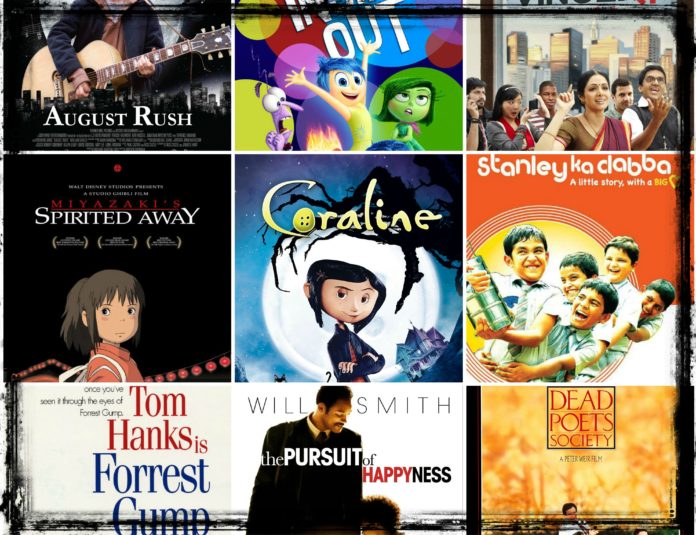 Films can be a great way to spend some quality time with your kids. A window to a different world appears on your screen as soon as you press the play button. Television is no longer just an idiot box. Movies have evolved over the years and have attained the status of art which gives both aesthetic and intellectual pleasure. With millions of movies to choose from, it is hard to find the right one. Often it is so that your child’s taste doesn’t match yours due to the generation gap. This is why we have compiled a list of movies which can be enjoyed by both of you. The list involves both Bollywood and Hollywood movies. Some are old time classics, some are contemporary marvels while others are innovative film making in animation.

Most of the movies on this list are suitable for slightly older children- from 13 onwards. I hope you enjoy the same. 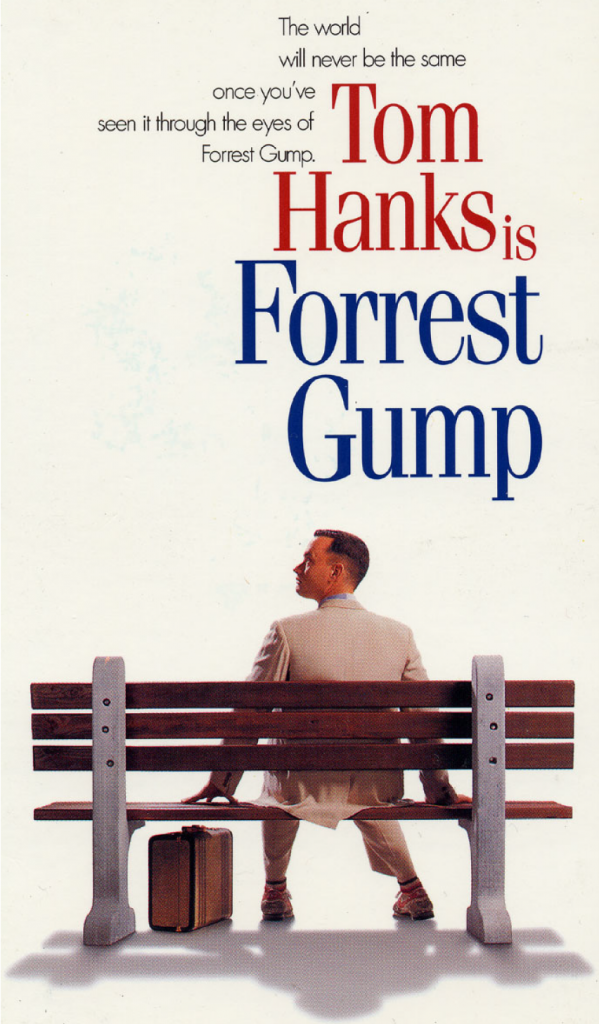 It is an adaptation of a book by the same name by Winston Groom. Forrest is intellectually challenged but he is the brightest fellow out there. Forrest recalls his childhood where he was raised by a single mother and he had to wear leg braces. He befriends a girl named Jenny who was a victim of child molestation. With Jenny’s encouragement, he becomes stronger and finds that he is able to run very fast. Opportunities come to him through several coincidences as he once runs into a football field during a practice and gets noticed by the coach which secures him a position in the University of Alabama. His optimism and determination lead him to join the army and then finally to his own shrimp business.

The horrors of the Vietnam War are shown through Gump’s eyes. His bravery that goes side by side with his naivety makes the film intensely emotional.

2. The Pursuit of Happiness 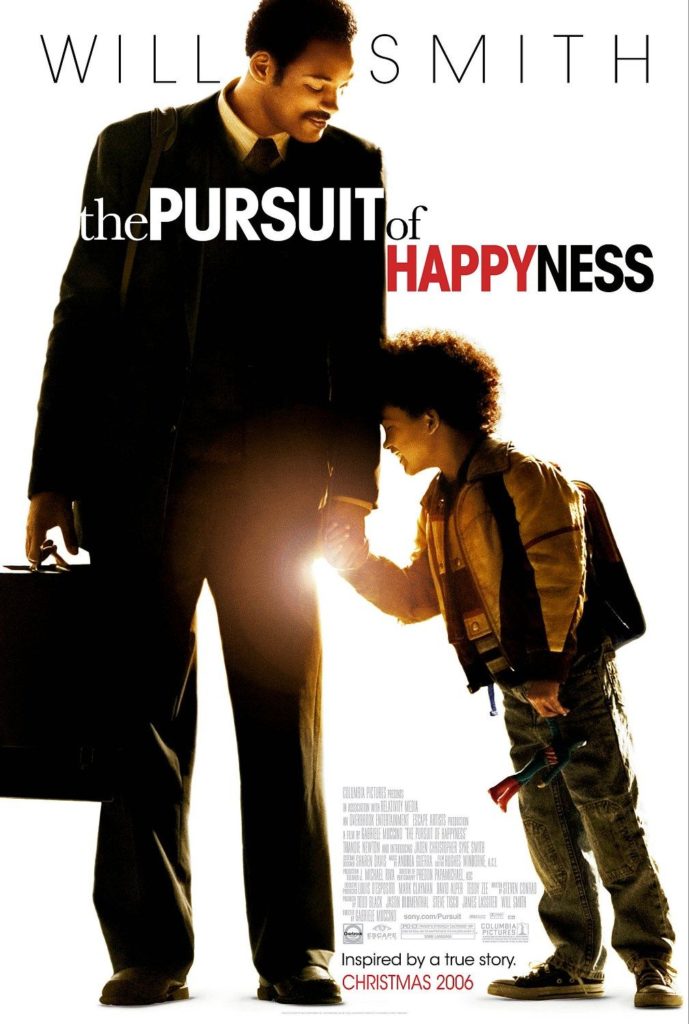 The wonderful relationship between a father and son is expressed beautifully in this film. The film explores the ups and downs of a salesman named Chris Gardner as he tries to protect his family from sinking into poverty while striking a balance between work and life. He takes up an unpaid internship in a brokerage firm after he loses all his money in investing for a product which he was unable to sell. His wife leaves him and they share the custody of their son.

At one point, Chris becomes homeless and is arrested because of his overdue debts but he manages to fight through all these and secures a permanent job in the firm. What makes this movie remarkable is the way it explores the relationship between a father and son; how parents make sacrifices for their children and how children love them unconditionally. The actors in the film, Will Smith and Jaden Smith are real life father and son duo and you can feel that natural connection between them. This one is a huge tear jerker.

3. The man who knew infinity 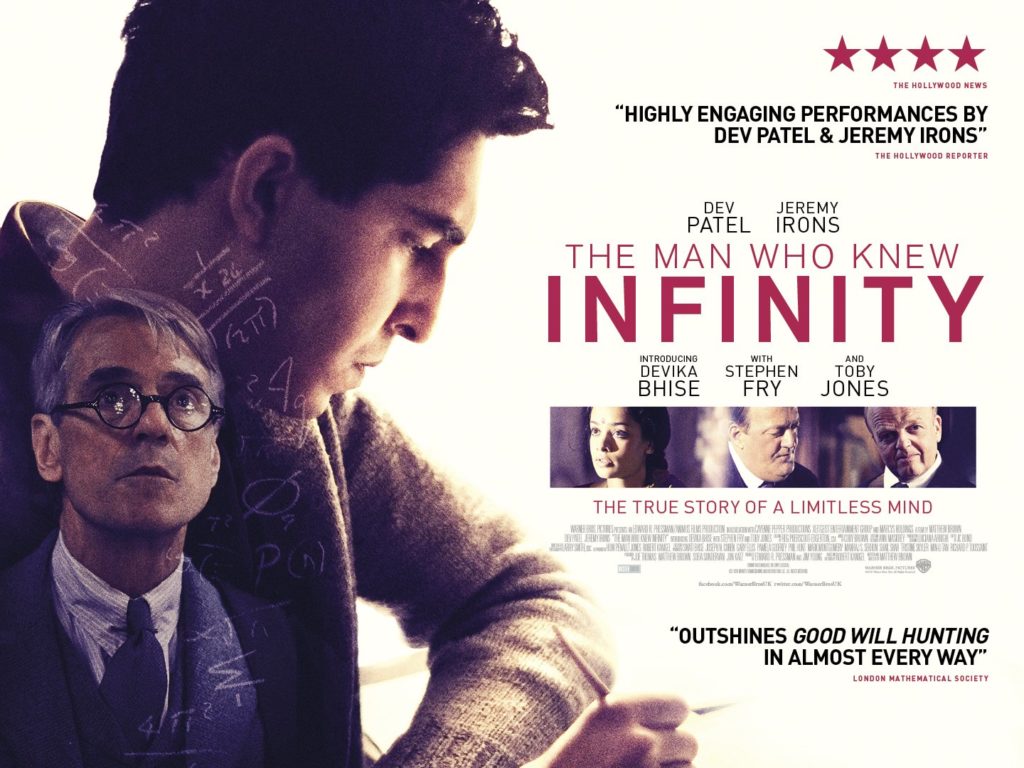 Ramanujan’s life is a big warning for people who place tradition and custom above all things. Some people get carried away by religious obligations so much that they put theirs or other’s lives at risk. Ramanujan, a brilliant mind, misunderstood by many, both here and abroad could have achieved many more things if he had lived longer; if only his mother had not insisted on his maintaining of caste purity. This film is an inspiration to many people. It shows the life of the great Indian mathematician with all the subtleties of tradition and culture that affect our lives.

Also read: 20 Books Your Children Must Read Before They’re 16 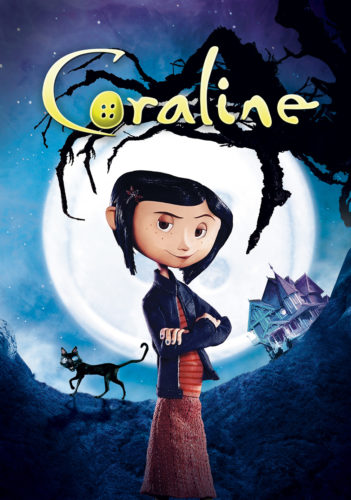 The haunting and creepy magical land of Coraline is presented on the screen as beautifully as the author Neil Gaiman had envisioned it. To start the list with a film with a dark edge to it might shock some people, but this film is totally worth it. The conflict of identity and trust when confronted with different realities placed with stunning visuals creating a surrealistic effect is sure to give you the chills. Through a portal in her house, Coraline enters another reality where she has the same parents but with button eyes. The witch mother on the other side is ready to give Coralline anything she asks for only on the condition that she stitches buttons in her eye sockets. This eerie film might be scary for some kids but for the ones who are into fantasy and horror will surely enjoy it.

A dog is a man’s best friend and this story based on a real life incident is a proof of that. The story is of a professor named Parker who accidently adopts a dog. The relationship between Hachi and the Parker is like that of a father and son. Hachi waits for him at the railway station everyday when he comes back home from office. One day he doesn’t return and the news of Professor Parker’s death reaches home. But Hachi is unwilling to accept the truth. He continues to wait outside the railway station for years after his death. His glowing, expectant eyes bring tears to the eyes of the spectator who knows that Parker won’t be ever coming back. 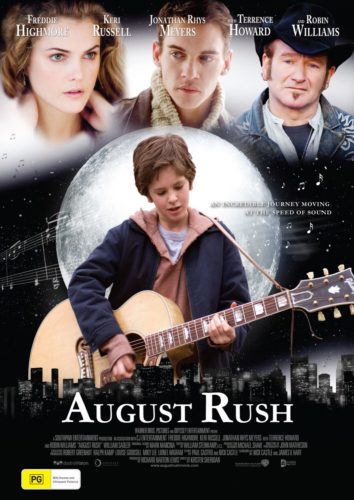 Separated from his family at birth, August Rush is a child prodigy who grows up in an orphanage. He is convinced that he will find his parents through music and so he runs away to New York. He falls in the hands of a vagrant musician who employs homeless children as street performers and takes away a good portion of their earning. August runs away from there and takes refuge in a church from where he gets an opportunity to be enrolled in a reputed music school. He conducts his own show and finally gets reunited with his parents through music. This plotline is a little too fairy tale like but it is emotionally charged and has beautiful cinematography. 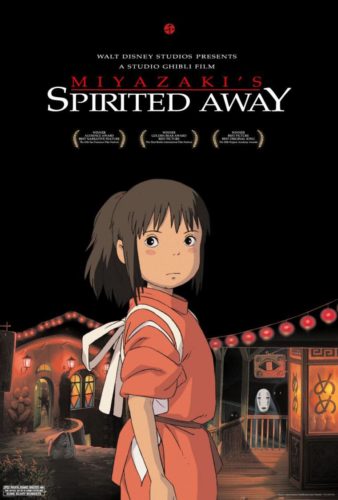 It might be so that parents will end up liking it more than their children. It is one of the best anime movies ever made. Miyazaki’s surrealistic animation is packed with psychological and emotional complexities. With Alice in Wonderland like absurdities, Spirited Away works on two levels.

Its visuals and the general adventure storyline will attract kids of any age but some parts might be dark and scary for them . The movie is a great insight into Japanese culture and is about the complexities of finding oneself when faced with utter helplessness. It also talks about human ravaging of nature and environmental pollution. The fight between good and evil is not shown in black and white terms. They focus on the idea that every coin has two sides and that gluttony and greed will eventually create monsters out of us. It also shows that evil can be neutered if one is willing to show courage and love.

Also read: 16 Quick And Easy Ways To Connect With Your Moody Teenager 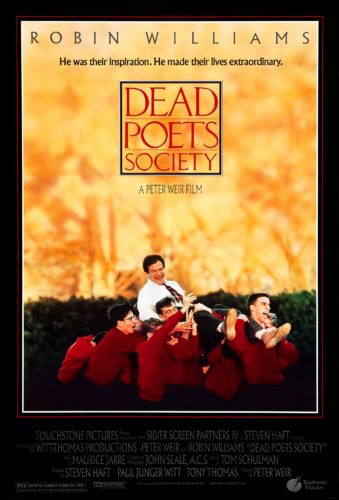 This is a personal favourite because it strikes a chord with me as it does with many other people. The inimitable Robin Williams takes off the role of a teacher to another level. When Mr. John Keating joins an orthodox all boys’ school, the students are taken by surprise by his out of the world manner of teaching. He not only gets his students interested in the subject but also prepares his students for facing life .

This film beautifully showed the beauty in poetry and literature and how it can touch and change our mundane lives in most amazing ways. Robin becomes the role model for the boys who learn to challenge life and follow their dreams. His lessons extend outside the classroom and thus his unconventional method of teaching raises opposition from the school authorities. Watch the film to know whether he ultimately becomes successful or not.

Breaking the ENIGMA was considered an impossibility. The ENIGMA was an electro-mechanical rotor cipher machine invented by the Germans at the end of World War I and was used during World War II. Breaking the code was necessary to stop the war. He Imitation game is the biographical drama of the great mathematician and cryptanalyst Alan Turing who decoded the German military codes and helped Britain win the war. His ideas later on were used to make computers and mobile phones. The film is a brilliant depiction of the life and times of the genius mind. It is quite engaging and it leaves you inspired and with a feeling of wonder. 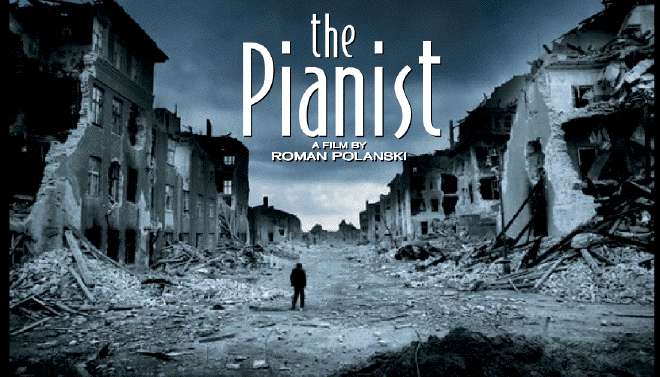 It is a biographical movie based on the autobiography of the Polish Jewish Pianist Wladyslaw Szpilman. The film begins with the bombing of the building where Szpilman is playing. As the Nazi occupation of Poland begins, the Jews are deported to crowded ghettos. They are thrown out of their jobs and are killed in the most brutal way possible. You will get goose bumps on seeing the senseless and most pathetic way of killing innocent people.

This film captures the ravages of war during that time. Dead bodies of children lie around on the streets as people walk past by them People are lined up at random and shot on their heads. Szpilman and his family get taken to a gas chamber but Szpilman escapes. His life will then make you wonder whether surviving was better than having a quick death. The film has won a number of Oscars. This is a brilliant movie if you want to teach your children about the ruthlessness and unfairness of war and how ultimately no one wins because it is a huge loss for humanity.

We hope you’d have as much a good time watching these movies as we had compiling the list. If you do have some favourites, share with us and the world in the comments section below..