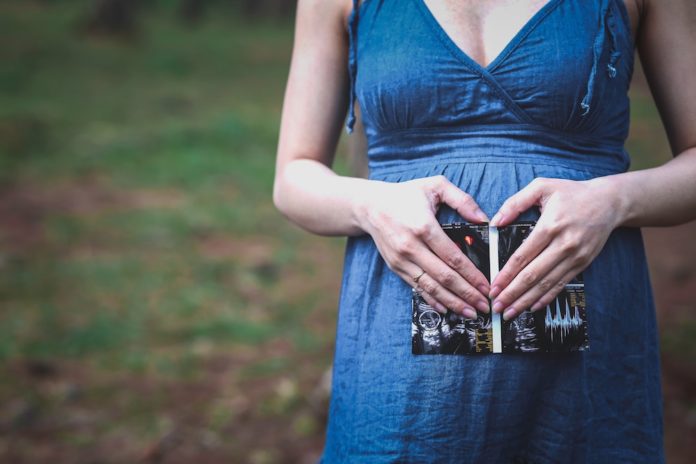 From the minute you are told that you are going to have a baby, you create that idea of ‘perfection’ in your heart and mind! And you live with this idea for the next nine months. Every hour, minute and second of those months only makes this image stronger. You look forward to the ‘happy family image’ that the society and media has created for you, where the child is excelling in everything and you as a couple in the background are basking in their achievements.

I, too had the same idea. I already had a son who was very bright, an understanding partner, a stable job and now I was pregnant the second time; I was ready to climb to the plateau of social achievers club. Everything was just the way I had pictured.

Now, all that I wanted was a girl. A girl who’d achieve more than I could ever do, who’d climb on the corporate ladder without any guilt and would work and travel the world as and when she pleased, unlike me who had to sacrifice because of a conservative upbringing. I almost had a picture of her ‘dressed’ in a business suit giving some presentation in a Townhall!

Most of us, especially here in India are conditioned to have such dreams for our children, which I would realise later, are the biggest road blocks on the way of acceptance because they hurt the most. The reason I am writing this background is so I can share how ‘this uniform idea of a perfect life’ is a flawed one and that we as a society are never taught that ‘variable is the only invariable’ and that ‘love’ doesn’t depend on conditions. We become conditioned to the idea of a ‘perfect’ child whose perfection is mostly related to achievements. And we start believing that a parent can only be happy, if he has a ‘perfect’ child.

You may also like: Do You Ever Wish Your Child’s Disability To Go Away?

Which is why, when any parent gets the diagnosis of special needs for their child, it doesn’t just remain a condition to deal with, it becomes their identity as a whole family. The identity which baffles them because all they wanted was ‘normal’ and they get afraid because they’ve never had any awareness or exposure about these conditions and the truth is ‘what we don’t know’ scares us.

However, research suggests that once people come to terms with their new reality, and they learn to accept, the love blossoms and fear subsides, and this transformative process gets eased by ‘the community of parents,’ medical advancement and parental love. As Andrew Solomon wrote in his famous book ‘Far From The Tree’ writes, “The parental predisposition to love prevails in the most harrowing of circumstances. There is more imagination in the world than one might think.”

‘Disability is not predictive of the happiness of either the parent or the child,’ and it is this statement that made me conceptualise this short video. I wanted an active communication with the world. The world that still patronises our children and the world which believes that we as parents are faking the happiness. I could still find people surprised about a family being happy after knowing that they have someone with special needs to care for. A lot of my friends had said that they wouldn’t have been able to do what I am doing. Yes, I agree that the road to acceptance is bumpy and the struggles are plenty, but at the core it’s not the special needs you care for, it is your child! And that is what connects all the parents at the core.

Interestingly enough, I soon realised that all my friends irrespective of their children being typical or special needs had almost the same issues. After scratching the surface a little, it turned out that parenting at the core is same for both. None of them could stop caring for their children irrespective of their age or condition (At my age, I still have to call my mother once a day to tell her that I am still alive).

Our challenges, fears, insecurities are different, yet very similar. And it never ceased to amuse me that both these groups had thought of each others lives as either too easy or too difficult. But as per my research, I knew that apart from the therapies and medical interventions, both these groups go through almost similar emotions on their parenting journey. Both groups get tired, confused, doubt themselves; yet are grateful and feel that they have transformed completely after becoming parents.

I wanted to convey a message to the world. The message which was so close to my heart because I was talking to these parents day in and day out. I knew about these parents of children with special needs and what they go through, and I knew how strong they are. It was evident that they are truly happy caring for their children and that they don’t lead an unhappy life, at least not because of their child with special needs.

When I decided to do a social experiment where we could talk about parenting to both sets of parents and see if we can connect the dots and bring out the message loud and clear, I was extremely lucky to have spoken to Megha Ramaswamy, a wonderful human being and an award-winning director about my idea, and when it turned out that she too believed in the concept and the cause, I knew my video was in the right hands.

I was always convinced that any work when taken up with good intentions, would find supporters and here, I was talking to someone who was going to possibly transform this idea of a video into a beautiful reality. With the support of World Down Syndrome Federation of Tamilnadu, Dr. Rekha Ramachandran, my fellow parents (Aswathi- wouldn’t have been possible without you), my family, Priyanka and Rhehan from causeeffect and a few lovely people who opened their heart for this, we could make this dream into a reality.

This isn’t the idea anymore. This is a reality which is astonishing as well as heart warming. This is now a combined effort of everyone who has lost their sleep in the last 15 days and have worked like crazy to make it happen.  I am so proud and emotional to share this video with you all today. It has been exhausting, but it has also been fulfilling to see the way it has turned out. and yes, I am extremely humbled to share this beautiful video with you all today. Enjoy and share as much as you can to spread the message of happiness. Please share the video with #lovewdsd16

Credit: This article of mine was published in Leher India NGO’s publication under the series #WeTheParents. http://leher.org/blog/wetheparents-normalcy-special-need/