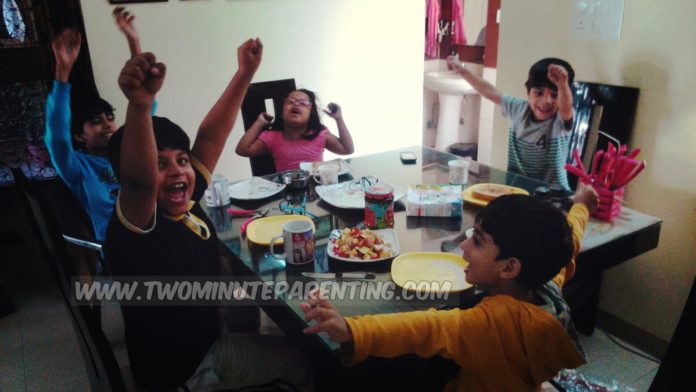 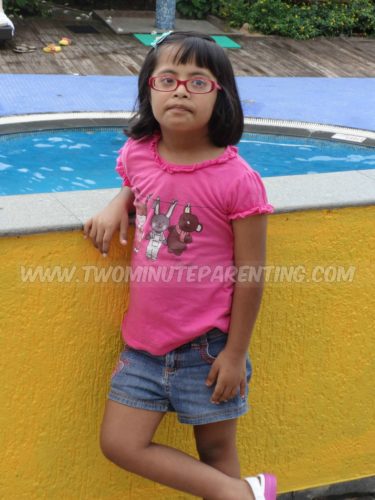 When you are a mother of a child with special needs certain things are a given and you are expected to accept these certain things without exceptions. Extended social interaction of your kids for instance or friendship with their ‘typical’ peers. A family or a parent can provide everything from therapies to the best toys but when it comes to social interactions or same age group communications, we run short.That is where we depend on the preferences and choices of other 6-7 year olds.  Almost all families that I know and the groups that I am a part of,  struggle to give their children a social life which is almost inevitably available for all other kids.

After incessantly trying for my daughter to find friends I had almost given up. I also wrote an article on the same Can Children With Special Needs Really Have ‘Typical’ Friends..?

For years her social routine apart from going to school was to go to the park in the evening either with her dad or me and playing only with us. Even when we used to encourage her to play with other kids her age we had to be a part of the game. Somehow she could never get the ‘comfortable vibe’ to be completely on her own with the girly gangs and the time moved on.. 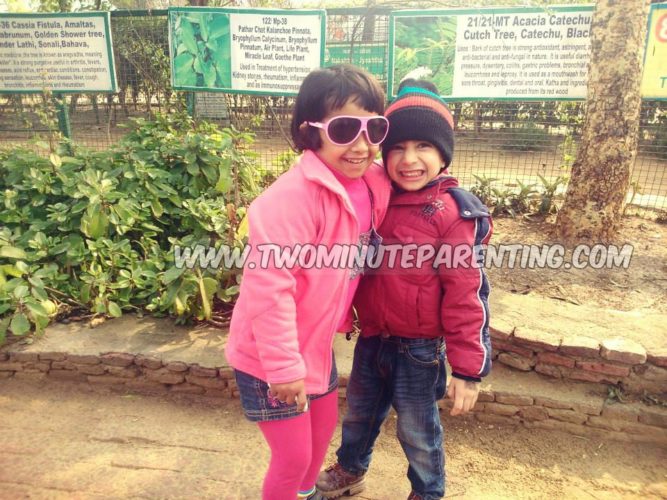 It was only last month when I took her downstairs to play with her. Nice winter afternoon, three young boys of about 5-6 years cycling, a group of girls drawing with chalks, their mommies chatting in the corner; a typical Saturday afternoon in our colony. I gave her a chalk and she started scribbling happily. The girls swooned over her cuteness but soon got bored since she wasn’t reciprocating in same length sentences and wasn’t really understanding the rules of their game ( nothing new!) so Aarshia started playing with those little boys.

The boys seemed happy to have her since she was an additional hand in digging something from the ground. I was watching closely when they found a rotten tomato and were now dissecting it with sticks to see its insides. It was such an amusing site where these little fellas were completely oblivious to  her being different and were happy to have her in their gang. Soon we came back home and got busy.

The next day someone knocked at the door. It was those three boys who she played with the day before. One of them asked if Aarshia would like to come and play with them. I couldn’t move. The whole world was spinning. I’ve never heard someone asking for Aarshia to come down in last four years ( literally from the time she started walking). She had classmates but never friends who’d come ask for her. She has had same age group girls sympathy playing but never friends who’d come ask for her. Aarshia was super happy but I was the happiest. I didn’t want to jinx it by overthinking it. While she ran downstairs to play with the friends,  I quietly cried some happy tears thinking how something that I never thought would happen is finally happening. 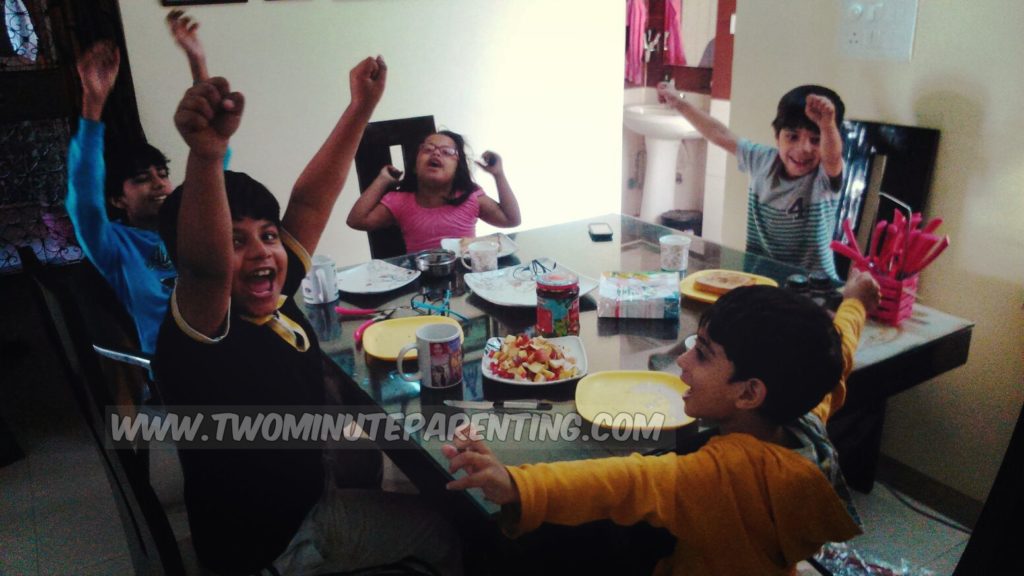 There is this new theory that I’ve come up with to explain Aarshia’s new found gang which my husband obviously finds idiotic. According to me, girls need to talk to bond. For them communication is primary and it was one of the reason Aarshia could never really feel a part of a girly gangs whereas boys are more action oriented and are always ‘doing’ than ‘talking’! so I guess it is easier for Aarshia to connect there. ( my theory!) 😉

The long and short of it is that it’s been almost three weeks that Aarshia is going downstairs to play with her new gang. She rides bicycle for most of the day with them. When they get bored, they chase each other, dig, run, race and do pretty much everything that boys that age do.

And every morning at about 11 AM they come to call her. which is the best part of the day for me these vacations. Aarshia proudly accompanies them downstairs and then starts the day long fun of cycling, racing, running, getting chocolates from the local shop and sharing, pushing, pulling and everything in between. It seems a lot of my fears are getting dissipated. Seeing her spending time with her friends gives me peace, calm but above all it gives me hope that she’d have more than I’ve come to expect or accept. Please share what has been your experience with children with special needs and their friendships.