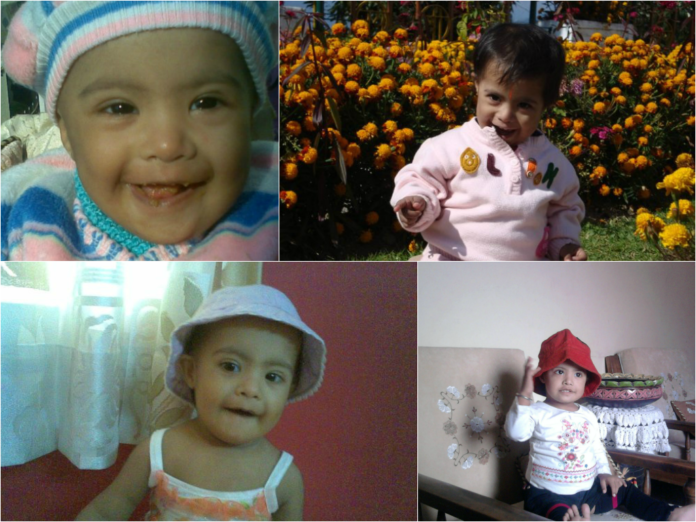 Those of us who think we don’t really need a priority list for our child, whether typical or special needs, should think one more time. I am sure you will find the list or the need of the list hiding inside your dreams once you look carefully! And those who know what I am talking about, can make a cup of coffee and start making that list.

I will go first!

Many of us might think of it as some sort of planned parenting activity which would deprive our children of the spontaneous fun filled drama that is called “Learn whatever, do whatever and be whatever”, but for most of us who are more involved in our children’s lives, this priority list works as a quick reminder of how ‘ON TRACK’ we are, and if we need to change directions.

Initially my list for both my children initially had them moving on to pursue higher studies and eventually finding what they love; but my daughter’s diagnosis of Down syndrome, changed a few things. From being told that she would not be able to do much, to seeing her doing everything I taught her, I had to change the list several times. And now there is more to her list than what I had initially intended!

So here is my priority list for my daughter – and I would love to know if you already have one or would like to make one for yourself.

First Priority: To be able to take care of herself

My first experience with disabilities was in the form of a boy (probably DS and Autistic) whose family moved across our house when I was in college. He was about eleven, and the first time we had his mother over for a cup of tea, she was on the verge of crying. I remember it was quite awkward for my mom and I. She confessed that her son was not yet toilet trained and didn’t have a sense of nature’s call; that she still had to clean him up and help him every day with his brushing and bathing, too! Looking back, I feel for sure that that child was well trainable, but somehow his family had accepted the fact that he wasn’t. His grandparents didn’t believe in therapies or his schooling, and because his mother didn’t have much say in affairs of the house, he was always kept inside. I used to ask my mom if his mother would be doing his chores all his life and she used to nod in affirmative,I remember feeling sorry for his mom!

After my daughter’s diagnosis, I had nightmares about me turning into that same mother, and I did all that I could for years to make sure that my daughter learned to take care of her basic needs. I understand that in the spectrum of disability it is not always possible to make your child fully independent, but it is also true that in a few disabilities our children are trainable, Some more than others!

When I had decided to put her into a mainstream school, I didn’t just show up one  day, and ask them to take her. I prepared her. I made sure that she was toiled trained (except for rare accidents!) and that she could understand the instructions, like taking permission or raising hand before answering.  I also taught her  basic skills like washing her hands before eating food and learning how to take turns.

The colours names, animals names and other things that a preschooler is supposed to know were equally important; but they came much later on the list. The most crucial priority was her being able to take care of herself. I still come across adults with various disabilities, who could’ve been trained but were not because of low expectations; and today they are dependent on their family for even tooth brushing and bathing. So this is my most crucial priority and I am glad that she is able to do most of her chores on her own. But we are still learning something new everyday!

To be able to read

I can’t press the point enough and I can’t find enough words to say this, but I believe reading is one skill that I must prepare my daughter for. I believe that this should be applicable to all children with special needs. By giving our children the power of reading, we give them a whole new world to explore, especially when we are not around or available.

Reading  gives them a world they can venture into safely.  I want to give my daughter “that  world.” I want to give her friends in form of books she would cherish for life and I can do this by preparing her to be able to read and comprehend. I started long ago and I am glad she is climbing the reading ladder slowly and steadily. In fact she is a book lover already!

I know how difficult it is for children with special needs to become physically independent, much less independent thinkers. Most of us, parents, do not even strive to achieve that. But have you ever though that because of their so called incapacity, all their decisions are made by us, consciously or subconsciously. It happens because of the constant availability of parents and their incessant opinions, views, and ideas. Most of the time, we do more harm to them by making decisions on their behalf even if we believe we are being facilitators.

Starting from choosing what to wear to how they want to spend their day and what hobby they would like to pursue, we are always making decisions on their behalf, assuming their incapacity to do so themselves. Being a parent I do understand the urge to save them from potential harm caused by bad decisions, but too much control can rob them of this very important skill that needs to be developed from an early age. Of course we can suggest, but not manipulate;  because they would not understand manipulation and can easily be talked into doing something that we think is right for them ( especially when they are really young). I don’t know how easy or difficult it will be for me and my daughter but I would like her to make her own decisions one day.

Proficient in at least one skill

Charles Reade, an English novelist and dramatist once said, “When love and skill work together, expect a masterpiece.” I know for sure that there is no dearth of love in our kids and being great observers and imitators, they can do anything. And that is the reason I want my daughter to be proficient in at least one skill which she might choose for wither a hobby or as a professional pursuit. It could be anything that she likes, and we together may find it in the course of next few years. This is another bullet point on my own list for my daughter.

To be able to live without me

Dying before their children is one thing that all parents dread and it is  something which gives all special needs parents nightmares. If we could demand it, we would have a written guarantee from God to be able to outlive our children, even if that is just for one more day! But the truth is that with scientific and technological advancements our children are living much longer;  it is not uncommon now to see special needs children living beyond their parents. The good part is that I do have a son who loves his sister beyond words; but the fact that she is closest to me gives me sleepless nights. Yes, I am a worrier!

To know that she will be able to live without me, is something that I want to teach her while I am still alive and kicking. I want her to have a life without me. I want her to be able to find hobbies, passions, and friends who would take most of her time. I would like her to tell me one day that she was so busy with everything else that she forgot to call me; and trust me, I might sulk at that moment. But deep inside I would be happy to be able to put a tick mark on my list of ‘achieved’ points.

There may be a hundred more such things that we would like our children to do or achieve but these five are my top most priorities. What are your priorities for your children with special needs? I would love to know and share it with other parents so we all can exchange ideas. Let’s share it in comments below