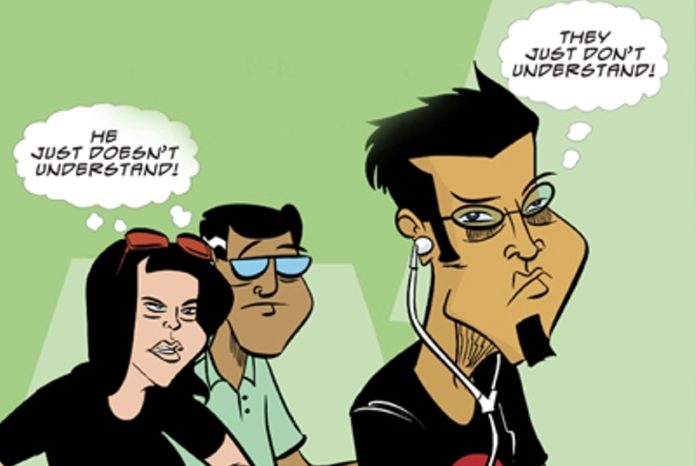 I read a quote somewhere which said, “To an adolescent there is nothing in the world more embarrassing than a parent” and I almost had a chuckle. It seemed so true but at the same time it evoked some feeling that wasn’t really nice. We have stereotyped teenagers so much and have started looking at them with these tinted glasses where they always look moody, opinionated, casual, fidgety, unsure, basically typical teenagers!’ The truth is that a lot of times we ourselves do more damage to our relationship with our teenagers than the other way round.
The most important part of any healthy relationship is a good understanding, and in case of teenagers, much of understanding is required from us since we are the grown ups in this equation and we know based on years of research that their brains are still developing.
Every generation experiences a huge generation gap with its previous one and thus faces a lack of bonding. In our parenting endeavours, we often fail to understand our children. and our teenage son or daughter constantly remind us of this failure.They are going through various changes both physical and psychological. And as parents, we need to maintain the balance between governance and camaraderie. That is why we’ve got you these pointers so that you could try to have a little better connection with your ‘teenager’ than what you already have…

Your child will never share anything with you if they are always met either a moral lesson or cynicism. Be the person who they can trust.Try to be non-judgemental so that he/she could continue to trust you. The parents who are always preaching have the most unhealthy relationships. Because nobody wants ‘gyan’ all the time, forget about a teenager valuing it.

Find out what your child likes, what his hobbies are. Take an active interest in it. You may find a shared interest or you may develop a new one. Watch the shows they like, go for a movie or listen to their favourite band. You will find lots of things to talk about and you both will learn a lot from each other. A good chat over a fandom can be the initiation of a good friendship.

At times of despair, everybody wants a person who listens to them and understands. It is difficult to make time from the busy schedules but you should be there when your child wants a person to talk to. Ignore them and they will either find alternatives which might not turn out well or they will learn to bottle up their emotions which will lead to depression.

Your child is trying to find his/her voice, to create their own personal identity. Do not try to put them in your own moulds or narrow visions. Let them explore, experiment and evolve. Let them learn from their mistakes but do not abandon your guidance completely. If you feel something shouldn’t be done, have an open discussion with them.

5. Give Advice And Do Not Preach

Preaching is having the ‘holier than thou’ attitude. Many parents feel that they should be obeyed unquestionably by virtue of their hierarchical relationship. This type of worldview leads to only obedience and not a healthy relationship. Advise your children when they are at a crossroad. Be a guide and reason rationally if there is a mismatch of opinions.
Acknowledge the generation gap
We are constantly evolving both technologically and as a society. The things that seemed correct at your age don’t hold good now. There will always be a generation gap but that shouldn’t create a barrier. The old and the new can amalgamate together and give rise to something better.

6. Let Go Of The Golden Age

We all like an occasional trip to the past from time to time but some people have crash landed their time machine in the past and are stuck there. Nostalgia has become a part of the very air they breathe. Do not always tell your children of the old ways of doing every single thing.

7. Have A Nice Family Dinner

Dinner time is an integral part of a family. After a long day, the whole family can sit together and talk. You can share the events of the whole day while enjoying a scrumptious meal. You can crack jokes and also have serious discussions on sports, politics and other things. Don’t always make it a time to lecture about how better your teenager can study or behave or just be! They’d start hating the ‘together’ time.

There is something strange about young people and their love for the night time. Very often they open up more at late midnight and wish to have a meaningful conversation while the rest of the world sleeps. I realised that when I tried to talk to my teenager around midnight, he was more calm, open and ready to talk, so I made it a point to do that at least twice/thrice in a week, and in two weeks I knew more about him than in last 3 months. And since I too am nocturnal, it was an added advantage to have a company. And yes, to the preachy parents who want to tell me about the ‘7 hours of sleep law’ yeah yeah, I get it. but I also know when to be flexible and when to be rigid!

9. Try To Be More Tech Savvy 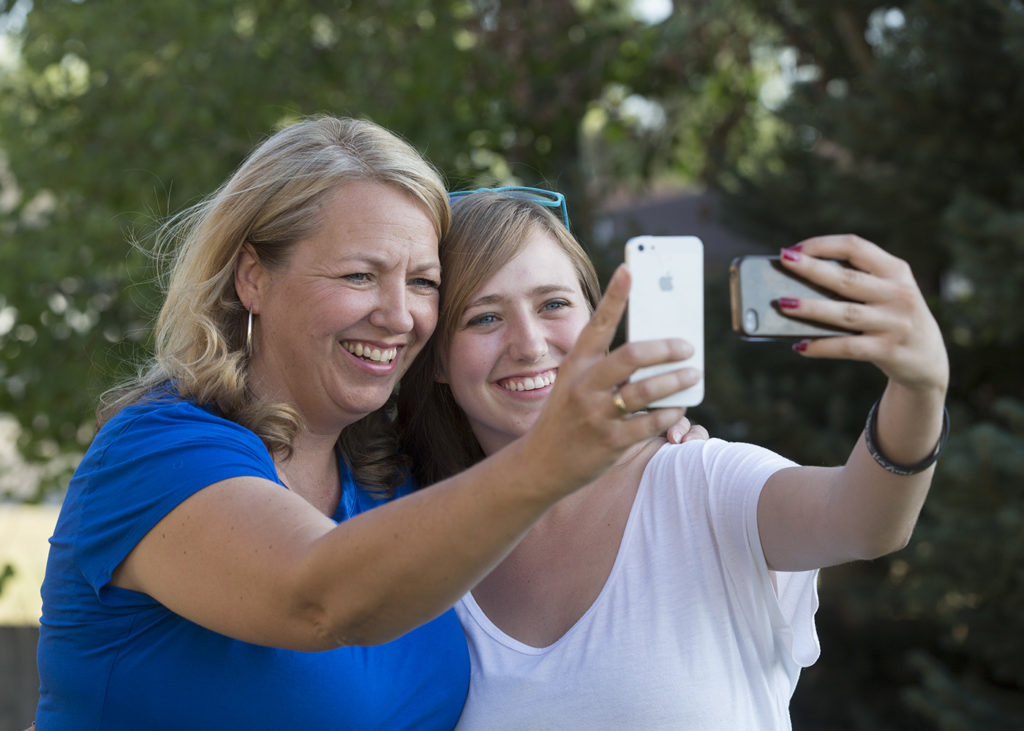 Usually parents struggle with new technology as they are not habituated to it but children seem to be able to operate any new gadget they lay their hands on. This is because they are born to this age of technology and gadgets. Many teenagers communicate mostly through these gadgets and they have become a part of their self expression. To get closer to them, you need to get the hang of it.

9. Involve Them In Family Decisions

Children start to grow apart from their family during the teenage years. By involving them in family discussions you show that you trust them with important decisions. This boosts up their confidence and makes them realise their role in the family. More often, children have valuable things to talk about. Do not underestimate them. They can offer a fresh perspective to a situation and you can add to it by your experience. 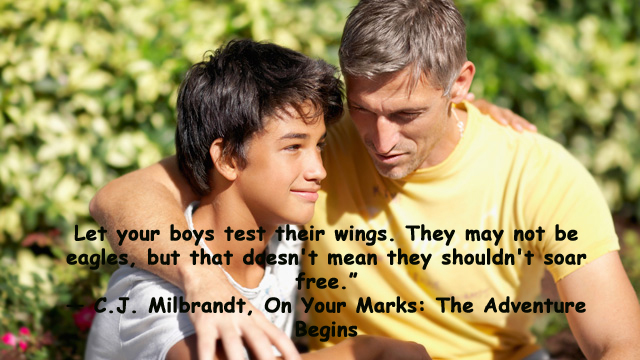 The biggest mistake we make is by trivialising their problems because they are not adults. A teenager goes through very complex emotions for the first time. He/She has to face serious problems like bullying, racism, sexism. They also have to make important life changing decisions. Acknowledge their problems as real and help your child get out of the muck.

Admit it. You were the same person when you were a teenager. You had made silly mistakes which you regret, you had some funny moments. Share the stories of your adolescence with your child so that they can feel free to share their stories too. They can also learn from your mistakes.
Show your affection 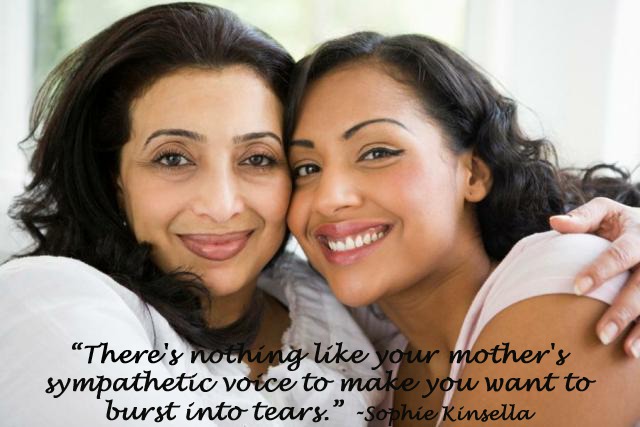 We love our kids but we often fail to manifest it externally. A few gestures and saying ‘I love you’ will not make your child extra dependent. It will give them a concrete sense of belonging. Kiss them goodnight, hug them when they get up and pat them occasionally. Not very difficult but these physical gestures go a long way in communicating that you love him.

12. Invite Their Friends Over.

Your child spends more time with his peers than he spends with you. Thus it makes it obvious for you to know them. And what could be a better way to know his friends then calling them over for lunch or games. Teenagers love to eat, talk and play computer games and by giving them a room, food and some good time, you can win over their trust. The best part is that you’d have a greater insight into his friends.

13. Give Them Time To Interact With Their Friends.

Your child needs to socialise. Every person he meets shapes his life. Time spent with friends is indeed valuable. Keep supervision to the minimum so that your child can grow independently. It also shows that you trust them. The stricter you are, the more they will feel the need to rebel against

14. It’s Okay To Have A Difference Of Opinion

Very often there will be clash of opinions. Your child doesn’t inhabit the same society you did. Every society is an experimental society and whether it will succeed or fail can only be tested by time. The only thing you can do is to think critically and listen to your child’s opinion, keeping aside your own prejudices.

Often the teenage angst takes its toll and they behave rudely. So the next time your teenage son/ daughter slams the door saying he/she hates you, don’t be offended. Know that they didn’t really mean it. Wait for things to calm down and talk to them about it.

16. Don’t Force Your Kids To Accept Your Facebook Request

You are trying to be the super cool parent but your child doesn’t wish to accept your friend request on social media. Don’t worry. It’s not because they hate you or because they are hiding some deep, dark secret. It’s just because they want zero intervention in their social media life. For them, it’s a place for teenagers and the presence of a family member is slightly awkward. It’s not that big a deal. Someday they will themselves send you a request.