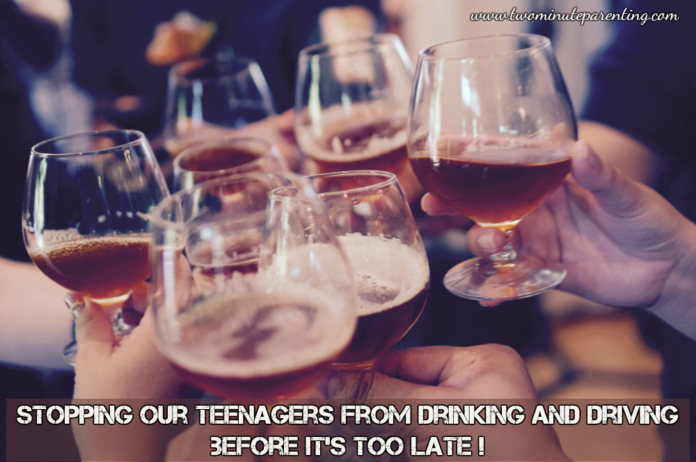 Two days ago, a news startled all the residents of our small colony. A 19 year old boy from our society was killed in a road accident. A boy that almost all of us had seen growing and blossoming into a handsome, 6″2 tall young man. Everyone was shocked and horrified calling each other to confirm, sending out their prayers for the family.

As more news started to come, we realised it wasn’t just him; his friend of the same age was also killed in that accident. The two of them were with three other girls, one of who was driving the car and had consumed alcohol at least four times over the permissible limit. This girl after taking the wheel for barely 5 minutes lost control of the car, crashing it into a divider with such an impact that the car went turtle and flipped two times before coming to a halt. The result was two untimely deaths and some scars for life!

As a mother, this shook me to the core. I had seen the boy and his middle class family almost everyday. Going about their life. Nothing extraordinary, common people just like the most of us. They were not filthy rich or absent parents. The child wasn’t a spoilt brat. He was a regular boy who had just finished his school last year and was now doing his first year of engineering. Then what went wrong?

I have been trying to pin point the reasons for last two days because it is hard to sleep or function without feeling a pit in my stomach thinking about the parents who would never have a ‘normal’ day for the rest of their lives. Was it their fault that they allowed their son to be out till that unearthly hour? But aren’t there times when our kids go for sleepovers and we can only trust that they are where they say they are?

Was it a failure of the system and government that there was no fear of being caught or traffic police to check, the failure at policy and enforcement level that youngsters are being sold liquor without an ID ( the legal age is 25) or was it our fault as a society that we are still not able to have a better dialogue or communication with our younger generation on the possible fatal outcomes of not following rules, drunk driving being one of them?

Is it a bad approach to try and find faults? Am I indulging in a futile exercise? Why can’t I make peace with thousands of young deaths that happen every year in India i.e In 2015, nearly 1.5 lakh people, almost the entire population of a town like Shimla, died in road crashes in India? And about 40% of these deaths are because of treating drinking and driving casually. The problem is, I never cared as much as I do now, that I’ve seen so closely what a waste of a life it is. A terrible loss that a family can never come to terms with.

I know another family who had lost their 18 year old last year to rash driving. The parents have lost their will to live. The father has quit his job and still makes videos for his son. The mother’s condition is even worse. She still waits for her son. The son who is never coming back. A reality which the parents may never be able to deal with. Their fault? Actually nothing! It is a knee jerk reaction to find faults with their parenting techniques and not critically analysing the larger picture, where we as a society are at wrong. 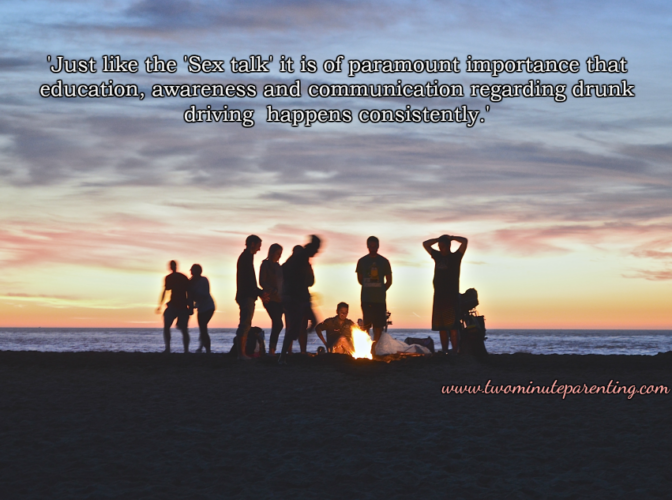 This is not a one-off incident or accident. In many cases like this, the people who die or suffer the most are the ones who are not even driving. So what can we as parents do to make sure that our children are safe and can say ‘No’ on the face of peer pressure? And even if they are ever in a position to choose to drive after a few drinks, how can we as parents ensure that they don’t?

This ability of sticking to their guns may not be developed by preaching or discipling or warning. This may take years of consistent efforts and should start when they are still pre-teens. And unlike many who feel it is mainly because the parents themselves drink or have not been great role models, I beg to differ. Texting while driving is an equally bad menace and has taken many lives. It is about following rules, understanding the risks and making that informed decision.

As a mother of a teen who is soon going to go out in this big bad world and may have to face many situations where his ability to say ‘no’ will come handy, I identify with the pressure our children have to deal with. Which is why an open communication and some ground rules are important for both. Apart from that, I found these pointers could be helpful in bringing some peace in our lives while making our precious ones aware about the dangers of ill-informed decisions.

As parents, we assume we know how to talk to our children. We preach, lecture and mostly indulge in one way communication with our soon to be grown ups. And we all know how that works. So it is not just imperative but also critical to educate ourselves into having an informed discussion on the consequences of their decisions.

Once the child is above a certain age, parents are more likely to be relaxed about rules. Especially if they are boys and the rule is about curfew. North India is the worst example. With the ‘boys will be boys’ mentality, many families don’t even ask questions about their friends.

So for parents, it is always good to have some non-negotiable ground rules about coming home on time and informing the parents about where they will be and with whom. Parents can establish such rules from the beginning so children know what can or cannot be argued with.

As parents, it is equally important to have an understanding of teen brain, as many of you must be already aware how feelings are more dominant in their brain than rational decisions.

It doesn’t matter how smart teens are or how well they scored on the SAT or ACT. Good judgment isn’t something they can excel in, at least not yet.

The rational part of a teen’s brain isn’t fully developed and won’t be until age 25 or so.

In fact, recent research has found that adult and teen brains work differently. Adults think with the prefrontal cortex, the brain’s rational part. This is the part of the brain that responds to situations with good judgment and an awareness of long-term consequences. Teens process information with the amygdala. This is the emotional part.

In teen’s brains, the connections between the emotional part of the brain and the decision-making centre are still developing—and not necessarily at the same rate. That’s why when teens experience overwhelming emotional input, they can’t explain later what they were thinking. They weren’t thinking as much as they were feeling. -(Source: https://www.urmc.rochester.edu/encyclopedia/content.aspx?ContentTypeID=1&ContentID=3051) 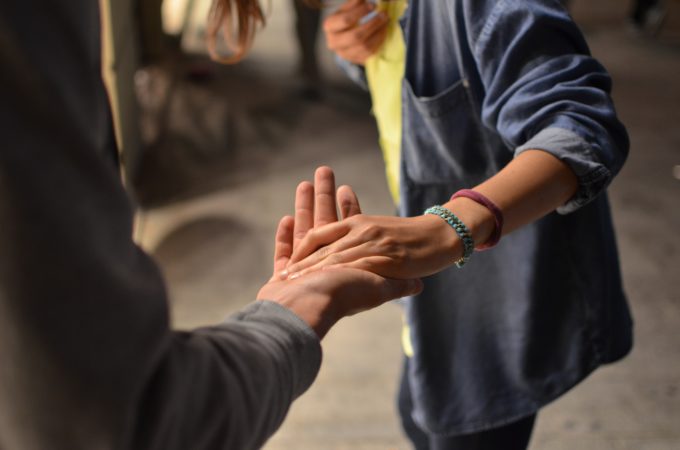 I am sure we all are the best advocates of our children but we also need to ask if we are communicating the same to them. I believe it will greatly help our children if we can have some sort of agreement with them. Telling them that if they are ever in a situation where they are too drunk to drive, we’ll pick them up, day or night, no questions asked and no mention of it again. If we can try to be this non-judgemental, we can hope to get that call some day.

You may also like : Do You Drink In Front Of Your Children?

It could be about forming a social media group of parents of your child’s friends and keeping in touch with their late night programs. You must know the friend and his family, where they want to have a sleepover. If the child stays with you, then taking turns with other parents to bring them home after college festivals or other such late night programs could be a good idea. Speaking to college authorities about informing parents regarding the timings and creating a network of fellow students and teachers about awareness and strict policies about drunk driving or other similar behaviours will help in the long run.

‘I never drank in my life so my child will never do this’, ‘Alcohol has never been allowed in our house so my child has no access to it’ or ‘I have given the right values so my child would never touch it’ are some of the assumptions and fake beliefs which restricts parents from having an open communication about its ill-effects.

So before your child starts to get his facial hair, start having these ‘talks’. And even if you know your child is an occasional drinker, never assume that he’ll always make a good decision. It’s important to understand that they are new at driving and drinking both. Their reaction time and judgement skills are still not fully developed. And it can affect many things so it is never safe to assume that your child will never do this. 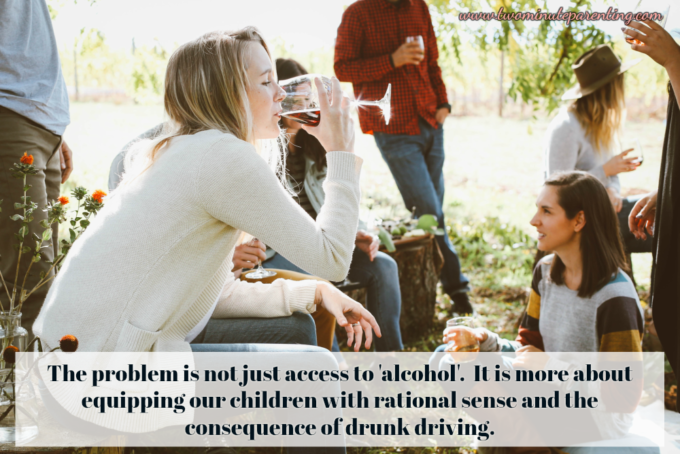 7. It is not just about alcohol

As popularly discussed, this problem is not just because of alcohol. While it is safe to say that ‘dry’ states have less drunk driving cases than the states where alcohol is easily available, the fact remains that Goa, where alcohol is both cheap and easily accessible, has almost a negligible number of such cases. Which brings me back to my original point: it is more about equipping our children with rational sense and the consequences of drunk driving.

Just like the ‘Sex talk’, it is of paramount importance that education, awareness and communication regarding drunk driving or distracted driving happen consistently. More so when they are decision makers and are out with friends more often.

Raising our voices and asking for the authorities to make changes that matter. Checking the ID for age before selling them liquor being one of them. Free cab rides for people going to pubs, regular checks on roads being a few of them. We need to ask for these provisions for the sake of our children.

10. Accepting that you can’t control everything

This acceptance is something which will only give you peace. Because no matter what we do, there are things beyond our control. Once we send our precious ones in the world, there is only this much that we can do. Rest we’ll have to leave to their judgement and our faith. 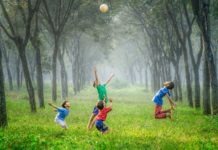 Top 5 Gifts For This Children’s Day