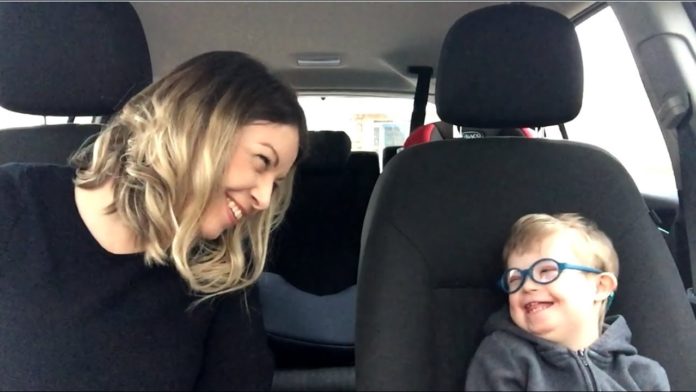 It isn’t easy to be objective about something when your soul is invested in it. ‘Down syndrome’ is one such word that changed my life forever. From the day that I heard it for the first time to today when it has given a new meaning to my life, I am always a little partial towards anything that involves either children with down syndrome or their parents.

I also know that every year parents and DS organisations work hard to let their voices heard. To help aware masses about the condition and how it doesn’t diminish a person’s worth. I always feel amazed and proud seeing my fellow parents coming up with beautiful audio visual narratives to sensitise and reach out every year on the occasion of world down syndrome day on 21st March.

Visual media has the ability to change one’s perceptions as well as make them sit and notice about things that matter i.e. lives of people with down syndrome, which is why I am a little more inclined towards this medium. This year I wanted to put together a list that would help you all appreciate the powerful work of all people who’ve created these campaigns and are making the world a better place for our children. If I am missing a campaign which you think should be a part of this list. Feel free to comment and I’ll be happy to edit the list.

This is one of my favourite campaigns of all time. It moves you to the depths of your heart and soul. I remember sobbing watching it for the first time because I knew how wrong all the doctors were and it was only when one look at our children from a mother’s heart, one can know the real warmth of their personality! I still recommend it to all new parents and it just changes their perception every single time.

If for any reason, you haven’t still watched it; You are welcome! Because I know how happy this is going to make you. If you are a parent or a caregiver, this will fill your heart to the brim and you will find yourself grinning ear to ear.

An awareness PSA needs to be simple and well conceptualised in order to be effective. A good awareness video shouldn’t always make you feel emotional or aim to make you sappy to put the point across through sympathy channels. A good PSA, just like this one is outstanding because it makes people uncomfortable and make them look closely into their deeply buried prejudices towards people with Down Syndrome.

JLY – Down Syndrome was presented to the United Nations and it was awarded the 2013 TASH Positive Images in the Media Award and the 2014 National Down Syndrome Congress’ Education Award. It was also nominated Best Editing Award and won the Raising Awareness Award at the 2014 Golden Door International Film Festival. And it moves you from within. These young people who just want to be treated like their typical peers challenge the very idea of division on the basis of cognitive abilities. ‘Equality’ and ‘dignity’ are human rights and each one of our children should be treated with the same.

‘how do you see me’ was made by an Italian organization called CoorDown. It starred actress Olivia Wilde and a young woman named AnnaRose Rubright. This PSA brilliantly plays with our perceptions to discuss discrimination of people living with Down syndrome.

This campaign got a mixed response and though a few people didn’t like the idea of a famous star playing the self-perception of a girl with DS but most parents would agree that this is how our children see themselves. They are stars in their right and they think just the same.

I like this one because by bringing in a celebrity this ad could reach out to people who we as a community could’ve never reached and it did create some big ripples.

This is my current favourite of the lot. I felt happy, excited, brave, vulnerable and above all extremely proud to be a part of this community. These mums are all part of a Facebook group called “Designer Genes” created for parents who have a child with Down Syndrome. They got together to show the world just how ordinary life with the condition is and how they “Wouldn’t Change a Thing”. The video was originally inspired by Singing Hands – a UK organisation who’s videos have helped many in the group learn Makaton for supporting their children’s communication development.

‘Lea goes to school’ is an eye opening video about the rights of children with special needs with regards to education. This video subtly communicates how people at the helm of affairs are so distant to ‘the idea of education for special needs’. For most, inclusion is all about providing an extra room in the school with a special educator.  They create an island where all special needs children live without interacting with their typical peers. The result? the primary objective of inclusion is defeated with such policies and decisions.

This video conveys the voice of a little girl Lea, who only wants to do what every other child does without confining into the ‘special needs compartment.’

Thanks to Adam O’Connor for sharing this gem with us.

7. A heartwarming video about parenting

I don’t know if this is fair but I wanted to include this one, which was conceptualised by me and was supported by many talented women, who gave their time and effort to help it take off. It was about a social experiment we conducted where we interviewed people on their dream about their children. The interesting part? Half of the participants are parents of children with this extra chromosome. And you’ll have to find who all? Ready for the challenge?

I hope you’d find these videos not only inspiring but also hugely motivating. Don’t forget to add your own best PSAs and also sharing it with the world so everyone can spread the love.