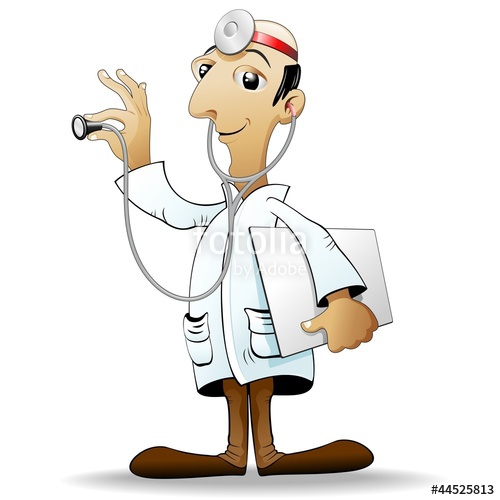 Does your doctor need some ‘special needs’ sensitivity training? Cause mine does. She is not a paediatrician (thankfully) but a paediatric cardiologist.  We had to meet her two days ago because of Aarshia’s heart evaluation (she is growing new teeth and the old ones are not budging, so the clearance was needed before the dental procedure).

I was seeing her after 3 years (6 years after the surgery) and while I know it is impossible for anyone to remember every child they treated but I was only hoping she would give me some reactions or at least a smile, after seeing Aarshia doing so well (she was running in the corridors, laughing uncontrollably and was completely in her zone) but No, No reactions! She looked at her with a no emotions, wrote the tests that needed to be done and went back to her files. I understood.

After getting all the tests done, I returned with a  detailed report which she glanced over, gave it to her junior doctor to enter into the computer and told me that everything was fine and we can go ahead with the procedure. I was still expecting a courtesy smile from her but no, none! I almost started walking back when she thought of indulging in small talk,  “Are you guys from Delhi or some other place?”, “Locals”, I replied with a smile.

“I can only imagine how difficult it must be for you to bring up such a child”, she said in a pitiful tone, like giving me the news of my last few days on earth, while her staff and few other patients were listening. A bomb exploded in my head.  I gave her a curt smile and answered calmly, “It’s not really as difficult as I expected and special needs or typical, parenting wasn’t supposed to be easy anyway” I added. “Yes, but I have seen parents; a child with disability changes everything and  it is not easy to care for a special needs child”. “No, it is not, it is as difficult as you think it is. I have a ‘neurotypical’ teenager at home, so I know what is difficult parenting.” I was boiling inside.

“But don’t you get worried about her future?” “No, I don’t.” I answered, looking straight into her eyes. “She is a smart girl and would eventually figure out something”. Ok! She said, but didn’t seem too happy at my blissful ignorance of my dire situation.

I had enough of the small talk so I started getting up but guess she wasn’t ready to let me go without making me accept my hard luck and hard life. “Have your son, husband and in-laws accepted your daughter?” Another shot in the arm! “Yes, they have. In fact they love her more than I do.”

“Guess you are lucky then!” She flashed her fake smile! “No, I think we all are lucky to have her!” I gave her my version of fake smile and came out. What a waste for a doctor!

And imagine she is meeting hundreds of parents of children with Down syndrome every month because of her degree in paediatric cardiology. The flashes of my previous interactions were all that I could think of while driving back. I was so ignorant back then. We had recently found out about my daughter’s diagnosis and were still coming to terms with it while her heart was being fixed. I distinctly remember one incident.

I asked her if my daughter would be able to go to school or be independent. Or if she would be able to play, talk or do other things? I was a mess and was expecting few words of encouragement from somebody like her, who I believed having dealt with so many babies with Down syndrome, would have better information. But her answer is still etched in my memory. She said, ‘all I know about such children is that they love music and remain happy’ they don’t do much beyond that. I remember crying for hours after she had left the room. Thinking if a doctor had said it, it was probably true!

Today my daughter goes to school, throws tantrums, sneaks out of classes, reasons out, reads plays and does pretty much everything. I can only sympathise with parents who believed this doctor and never tried harder.

I know we all parents have gone through innumerable experiences where doctors were the most ignorant lot and made sure that they left no stone unturned for hurting us, intentionally or unintentionally. Now, ‘unintentionally’ is not even an argument I want to entertain. If you are my neighbour or even a random stranger, who has had no experience with special needs, I can take your insensitivity, but doctors are not allowed to play that card. They need to have some sort of sensitivity workshop to understand the complexity of the situation and should then only be allowed to break the news to the family about the diagnosis of their child.

I have an interesting story to share. In Chennai, India, a girl was born 30 years ago. She had Down syndrome and as the story goes, the doctors told the mother she would be good for nothing, would not live long and other usual disheartening stuff that they say. After almost 17 surgeries, that girl is known as Babli Ramachandran. She is an Indian classical dancer, a yoga teacher and a loving daughter of Dr. Rekha Ramachandran (President of Down Syndrome federation of India). Dr. Rekha, with her endless efforts has made sure that in her home state, the news of the diagnosis of the child will never be given by the doctor. So whenever, a baby with DS is born, anywhere in that state, either a parent or she herself goes to the hospital to break the news to the mother. How beautiful and how considerate.

I remember a case from a report by ‘Ruth Davies, Bryn Davis and Jo Sibert’ from Department of Child Health, University of Wales College of Medicine, Cardiff, from a research paper, “Parents’ stories of sensitive and insensitive care by paediatricians” where one of the parents shared that the doctor broke the news about her daughter’s cerebral palsy, in the most inhumane way. The doctor said, “Right, we’ve had the results and your daughter has severe brain damage which means M will never walk, she will never talk, she will never be able to do anything for herself’ and that was it…” can you imagine what the parents must’ve gone through hearing this? The doctor played God!

The truth is we parents, don’t need long supportive discussions. We also don’t need false hopes. All that we need from the medical fraternity is to be sensitive. The trauma or the initial blow of finding about your child’s disability is more than the science behind it. and also whatever prejudices they have formed were based on the children born 30-40 years ago. Today, things are different. Children with special needs are reaching new heights and scaling new mountains every day. And to make sure that our children blossom, it is imperative that the first point of contact, which is the doctor, is humane, sensitive, aware and sensitised. Is that too much to ask?