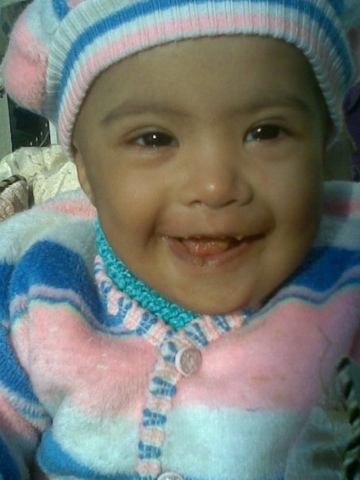 Getting through to a school of their choice still remains one of the most dreaded milestone for all the parents in India. And, if it is a child with ’Special Needs’, this becomes a journey to hell and back.  I remember mothers’ intense discussions about the right school. The workshops for the parents on ’filling up the forms’ and ’right ways to dress or answer’, the  thousands of articles providing tips and lifelines to anxious parents and in middle of that a 3 plus old child oblivious to this maddening circus, of course in most of the houses the children were made to be a part of the crazy preparation. I too had to be a part of this and used to wonder if any school would even consider my daughter!

For readers of other countries, and those who are yet to experience the admission mania in India, here is a little information. Since a lot of progress in disability sector has only happened in last 2-3 decades all over the world. It took a little while for the same to take place here.

The RTE act (Right to education act) got a green flag in Oct 2009 and even though it paved a way for our kids with special needs to get integrated in mainstream schools. It only happened on papers. In practical, schools were not abiding by the rule and were taking only physically handicapped students in the name of special needs or intellectually challenged. Many schools still deny the admission and use weird control tactics to make parents go away.

My daughter has Down syndrome, and as predicted I was told by well wishers that it was going to be a challenge. I had to prepare myself hard.  The panic attacks  were rampant but so was my belief that something would surely work out.  The concern was that if securing an admission in a school of repute is this big a deal for even a neuro-typical child.  What were my chances?  After carefully contemplating about possible grounds on which schools can deny admissions, I made a plan of action!

Instead of waiting for the admission time to start, I started my research on the best schools that had a different methodology and were equipped to handle my precious.

I called each school individually to get the email of the concerned person who handled the admission. After that, the real work started. I drafted a common mail writing about Aarshia’s milestones, how she was independent, well behaved and other important things that would matter to the school. After all they wanted a child who could look after herself and was teachable. I wanted to promise that my child was both. (This is a copy of the real mail that I sent to the schools )
From: deepa garwa [mailto:deepa.garwa@gmail.com]
Sent: Tuesday, December 13, 2011 2:50 PM
To: …………………..
Subject: appointment!!

My name is Deepa and I am a mother of a special girl ‘ Aarshia’ who happens to have Downs syndrome. She is four plus and is considered a bright child amongst her peers. She is going to a normal play school for about one and a half years now.

Aarshia is an independent minded vivacious girl who can help herself in a lot of things including being able to eat on her own (she has been doing that for last 2 years), following most instructions, conveying what she wants and also playing her favourite games on laptop. She is also almost toilet trained.

We want to give her the best of opportunities available and considering that your school is one of the finest this country has to offer. We would be really privileged and Aarshia would be in great hands if at all, you consider her for an admission in your school. I would like to know how things work and what route do I have to follow to be able to get her under your expert wings. If you want to meet our family and then decide, we will be more than happy to be there and have a conversation regarding the next course of action.
Kindly tell us, when we can meet for the interaction to talk about her admission.
Thanking you in advance

I sent similar mails to all the schools well in advance to know their requirements, so that they were not able to say ’No’ on some grounds soon after. After some follow up calls I got some positive responses and few appointments too. In some cases I had to call multiple times, schedule, reschedule and be a little shameless in making them agree to meet us.

In some of the appointments, I was discouraged politely for seeking the admission based on flimsy reasons. Some being ’We don’t have special educators’  or ’we don’t have the desired equipments or teachers who are trained to teach, kids with special needs’, some were ruthless in telling that I am not doing right by wanting to put her into an inclusive system. The funniest used to be that ’Our teachers are not trained’.
I used to laugh and tell them that I am a mother and without any training, I am doing fairly well. I told them that if they take my child, they will have an extra resource. Some of the schools were really a hard nut to crack. The most high priority school on my list was my son’s school since it was an experiential learning school and had a unique play way method of teaching.

We got the appointment in his school but were told to come with an IQ (Intelligence quotient) or an SQ (Social Quotient) certificate, so the school knows about the severity of the syndrome. I had to reshuffle few appointments again because Aarshia dear did not cooperate during those SQ tests. (Yeah, like it is easy being tested by some strangers on your abilities!)

After getting that piece of paper, that declared my daughter ’near normal’ we made sure that we sent a copy of the same to all the schools that showed even the slightest interest along with a power point presentation! (I know some of you might think of me as a little too obsessed, but I couldn’t have afforded to take any chances)
So ready with all my weapons 😉 I made sure every school I was interested in, knew about Aarshia and was not prejudiced in a wrong way, before the process actually started.
Somebody has rightly said“

”You have to put in many, many, many tiny efforts that nobody sees or appreciates before you achieve anything worthwhile“

The admission process started and I filled the forms in 9 best mainstream schools in Delhi, as was the norm. And the wait started !
I clearly recall when I got that first call from one of those schools, which was second on my priority list. When I was told that Aarshia got admission in their school and I had 3 days to come with the fees and other papers. I was already in heaven. Dancing with the angels.

‘Sometimes the magnitude of such small achievements is so profound on your life journey that you are left to wonder if you actually did that thing.’

And then the phone just didn’t stop ringing. After seeing the list on net. We received many phone calls from friends and family congratulating us. For us too, it was indeed a time to celebrate, because my little girl was selected for admission in all the 9 schools, including my son’s school! It was a great day for all of us and for lot of other children with Down syndrome and other special needs, who could now try. It was one of the greatest episodes in the soap of our life and no matter how many seasons we run, some episodes are simply unforgettable..!

Hope this post would help some parents who want to get their children with special needs in the mainstream schools. I would also like to add here that it’s not difficult doing anything that you can set your eyes for. Prepare yourself, prepare your child. Train him in basic things that are important like toilet training, listening and following instructions, communicating even if that’s just one or two words, not hitting others and just everyday social skills. Then demand for action and integration because even a school should know that they are dealing with a parent and that too a special parent!