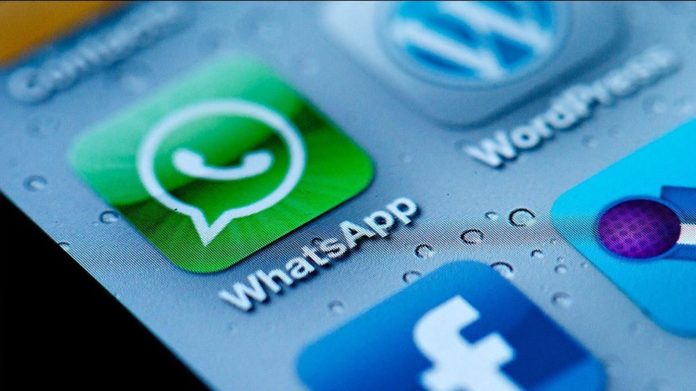 If I have to measure by the popularity of communication platforms, I know this statement would be considered ‘outrageous’. The world loves its green speaking bubble, its intoxicating beep every minute and it’s irresistibly brainless messages. I did too and then I got my sanity back. Don’t worry you will grow out of it. just like I did!

Thanks to Facebook, we have friends we have never met or might never meet. There are also ‘friends’ who we have found after 10-15 years, but a bigger thanks to Whatsapp that now we need to be in touch with them everyday, every minute, all the time without really any need, want or desire!

Gone are the days when the people we did not want, were not there because of a reason or a lack of it. Period!  It was when we did not have this blood sucking tracking app which can trace us from the deepest ends of the world and put us in a group (pretty much without asking). 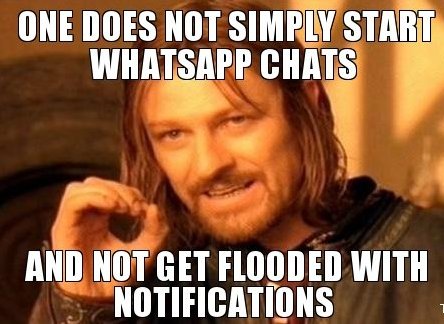 It should be a crime to bother, trouble, irritate someone with absolutely worthless messages which would take up space in your phone and head all at the same time, leaving nothing for imagination or other living needs. Which is why I feel that there should be a law book or a manifesto for Whatsapp with at least  a 1000 conditions or jail term but since I am alone in this fight for justice, I am starting with 15 today.

This code of conduct should not be disobeyed! And those who wouldn’t follow shall be barred from this ‘You can’t survive a day without me’ app forever…
Those who’d like to contribute to it can do so in the comments section. Here we go:

1.Thee shall not be judged for not updating, replying, sending horrible yellow faces after every new conversation.

2. Thee shall be excused for being last seen 5 minutes ago while claiming she wasn’t online for last 3 hours. Blame it on phones, they are getting smarter with lot of artificial intelligence.

3. Thee will not be sent 50 God’s pictures and 30 inspirational messages every morning from each group in various bytes and sizes for the simple reason that the phone is already trying to figure out what to do with 15000 old photos that were sent in last 4 weeks.

4. Thee will not be expected to have a voice in social political stupidical drama that few of you feel strongly about and will not be pushed into ‘making a choice or having a voice’. 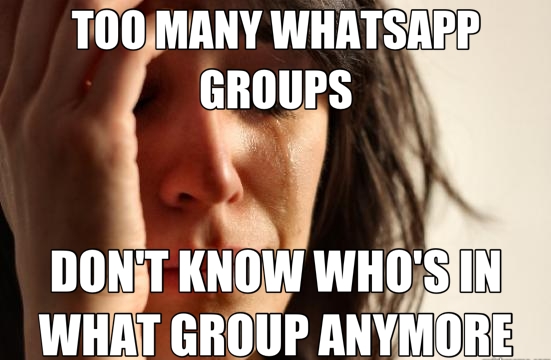 5. There would be a limit to the number of groups one can be a part of for the sheer sanity reasons. Groups like ‘can’t stand these cousins group’ ‘we were in college together group’ ‘old school group’ ‘daughter’s friends’ mothers’ group’ ‘son’s classmates’ mothers’ group’ ‘son’s hobby class’ mothers’ group’ ‘and ‘we’ll soon figure out what the hell you are doing in this group’ will have to show 10 messages every individual every week to renew their membership into the group.

6. Thee will not be made fun about the cryptic typo error she makes while typing on the super tiny, automatic, bull shit type pad that never gets anything right. Ever!!

7. All group administrators will need to have one ‘Good morning’ ‘Good night’ and ‘ ha ha ha!’ incharge. So from next time on, there is one representative for saying that and not 30 Good morning messages which becomes 300 soon enough ( by sheer permutations and combination)

8. Thee will also not be asked to explain what ‘she said or meant’ or ‘said but didn’t mean’ or ‘meant but didn’t say’ because she cannot keep up with so many freakingly different people and weirdly sensitive drama queens who are just about always ready to scrutinize, dissect and examine every word that is ever written.

9. The messages that can be read in four different ways because of the bad punctuation habits shall not be analysed, over analysed and then discussed in individual Whatsapp sessions.

10. And when two Whatsapp friends are having a ‘paralysis by analysis attack’ or ‘fighting over what happened 15 years ago’ the rest of the group will not secretly smile. 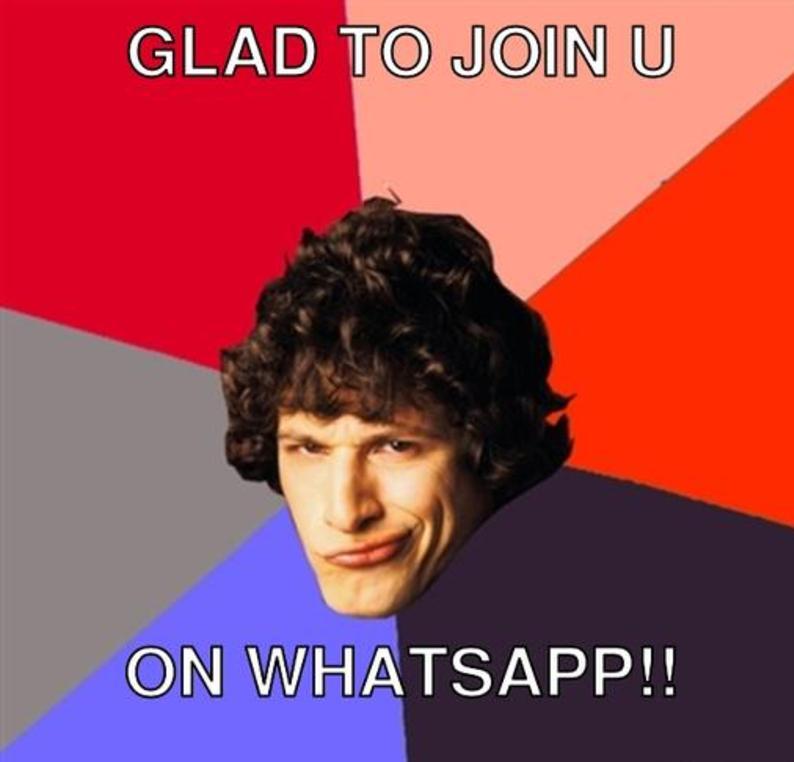 11. There will have to be a limit on how many religious, political, social and intellectual messages can be sent by each member. However idiotic, no moral or double meaning messages would have no such limits.

12. Nobody is going to put up pictures of their perfect homes, husbands or kids or even talk about it. Imperfections and weirdness would still be welcomed!

13. If somebody is not immediately replying to your Whatsapp then understand they may be busy with their lives for few minutes. And please learn to get the hint!

14. The weirdly gross messages like I’m in the toilet peeing or pooing’ might get you a yellow card!

15. Sharing the already hundred times shared ‘not funny anymore‘ message can get you two yellow cards. 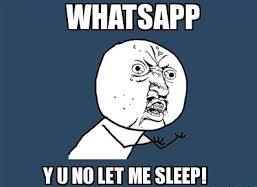 Not abiding by this newly framed lawbook or manifesto for Whatsapp can get you a red card. Which would mean your app would be deleted and you shall be debarred and you will have to live your life with just your family without a distraction for next 6 months. 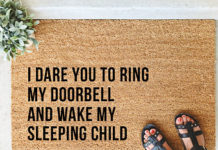 The Chronicles Of Motherhood: The Doorbell, A Tired Mother And A Sleeping Baby