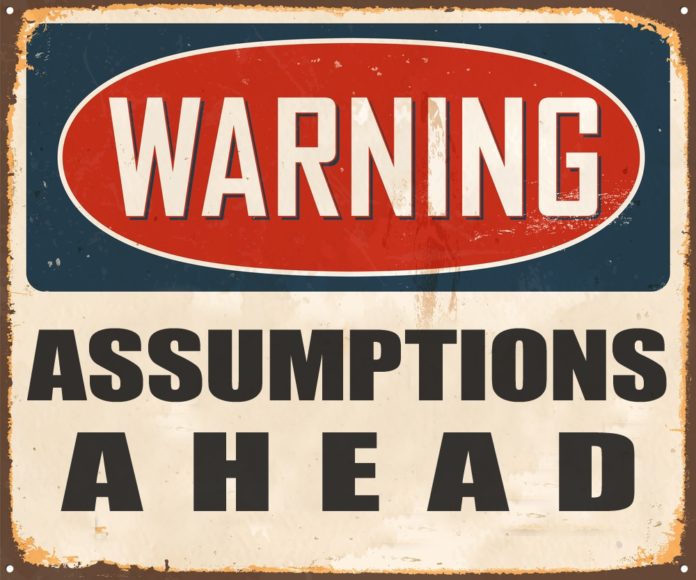 The year was 1836, when a brave and curious girl named Elizabeth Blackwell challenged thousands of years of belief that women were not as smart as men. In those days women were supposed to be wives and mothers. Some other options like teachers, seamstresses or midwives were also available for the career driven ones, but a medical professional as a career was too far-fetched for a woman and Elizabeth became one, paving the way for women all over the world.

A man Carl Linnaeus, the father of modern taxology, could be partly blamed for her struggle because 30 years earlier, his proposal about men possessing larger brains thus more intelligence,  led to the fake implication that women are not as smart or intelligent as men since they have smaller brains than them.  Thankfully, his proposal and wild assumptions were put to rest eventually by science and many thinkers who questioned this weird and grossly crazy idea.

Who can forget about the assumed supremacy of Aryan race by one man who changed the history of this world, thinking his race was better than someone else’s. The last example would be the perceived incompetency of african americans or Scientific racism.  Scientific racism was an act of using scientific findings to investigate the differences between the human races. It was most common during the New Imperialism period (1880-1914).

We live in a world of assumptions. We are not exactly taught how, but we all do it, all the time! People build their thinking on assumptions and these assumptions are based on various things. These things could be imaginations, prejudices, past experiences and of course on whether one likes the person/practice or not.  Assumptions are presumptions without evidence. Assumptions can also be presuppositions, based on what is going in our head and usually how we perceive things.

As a parent of a child with special needs, this theory seemed too fascinating and intriguing to ignore. ‘Assumption’ is the reason why our children get what they get. Whether it’s resources, public funds, intervention, expectations, mainstream schooling, integration or inclusion and pretty much everything else. ‘Assumption’ is the golden word here. Whether that’s based on facts or other above said factors, doesn’t really make a difference. Once an assumption is formed, it is almost impossible to change that. Though that is precisely what we as parents should do everyday! Challenge and change assumptions!

Coming back to special needs, the assumptions that the society and other stake holders make, directly affects the expectations and performance of the children with special needs and also their role and future in the society.

Let’s take an example. If a head of an institution, like a school principal or a policy maker,  or a founder director assumes that special needs children should be sent to ‘specialists’ and only people with ‘special training’ or ‘super power’ can teach them, then these assumptions can become dangerous, because whoever these people will interact with, will be passed on this personal judgement in the form of truth or a policy. Also, since this is the person who is ‘educated’ ‘experienced’ and is supposed to know ‘better’, people take such information on face value.

Such assumptions can easily snowball into thousands of ‘point of views’ ‘thoughts’ ‘prejudices’ and ‘actions’. Which is why it is not just important but crucial that people of power question their assumptions critically and rely on facts and research before passing it onto  vulnerable masses or even forming it in their head.

Parents and doctors both can also be guilty on many accounts about assumptions. ‘The awareness in the disability sector’ and ‘inclusion’ are relatively new concepts in the history or evolution and the whole world is still searching for more, finding evidences or doing research. It is still largely a teething process the world is going through and one is bound to come across assumptions which were formed or brought on by people who were born in a different time zone and did not have the means to question those assumptions. These people believe that their version of reality is the gospel truth, even though the new found research or evidence proves them wrong. Their narrative remains mostly unchanged.

As a parent or a new parent, if you don’t question such mindsets, you are bound to compromise on the potential of your child because you’d never push him beyond what you have been told he can achieve because you are ‘assuming the incompetence’ which was mostly the prevailing narrative of those times.

If one is led to believe the incapabilities of a child based on the achievements of people with similar disabilities in last few decades, one should argue and question the same because a popular narrative is more important than is believed. Every day we see persons with various disabilities questioning the status-quo. We see newer alternatives to bring out the talents and voices of people who, as it turns out, have far more receptive abilities than expressive. And like a parent who I spoke to recently asked, What if our children don’t have intellectual disability but assumed incompetency or lack of expressive ability?

I wondered if we are able to reach out to them the way they need. What if we still don’t know the mystery of human brain yet and what if we’ve got it all wrong. This question was uncomfortable and made me question a lot of my own assumptions about the capabilities and incapabilities of my daughter. If pondered carefully one would realise how many people with autism are doing great with non conventional communication methods and people are surprised at all that they can do and we are hearing more and more such stories everyday.

Similarly, persons with Down syndrome are attending colleges, learning music, getting married and doing all that was inconceivable a few decades ago. A girl with CP is making the world laugh at her jokes and the other recently got married to a so called ‘neuro-typical’ man and is leading a wonderful life inspiring a whole generation with her writing and social work.

You will also like: Special Needs Parents: Are You Taking Your Marriage For Granted?

All it took for this to happen was someone who questioned the popular perception or assumption. Someone who didn’t believe and searched for a better alternative or a better narrative. Someone similar to one who helped give us a whole generations of women doctors. One who paved the way for civil war or someone who believed in human potential.

So next time you find yourself assuming, take a step back. Ask yourself what your assumption is based on? and if it is anything other than a fact, learn to discard it and search for truth instead!