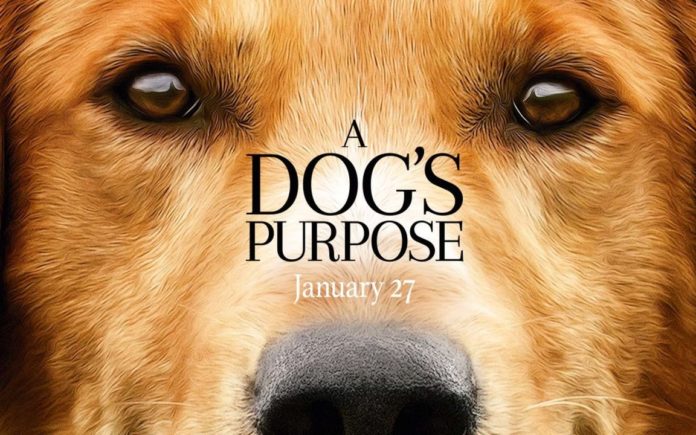 Somebody has rightly said,‘The best times in life are random, unplanned and completely spontaneous.’ And I couldn’t agree more.

When Papa the dearest, came home tired in the evening only to know that his little girl has seen a dog’s movie trailer and is super excited about the film, he proposed to watch the film right away!

‘Are you out of your mind?’ The lazy Mommy asked but somewhere she wanted to be dragged out of the house and NOT COOK (wink wink), and also secretly watch the dog who just like her, wonders ‘what is the meaning and purpose of life?’ Google helped and we realised the film was available at a theatre near us and it was just 45 minutes away from playing their only show!

One doesn’t have to be Einstein to guess happened next? TOTAL AND UTTER CHAOS! Everybody was running, getting ready, locking, packing, checking and like a really motivated team out to achieve their goal, we were out in record time of 10 MINUTES ( Guinness books, are you listening?) ; constantly praying to reach on time, have tickets available, find a restaurant, order and eat food, all before the film starts! Quite a task you bet!

Sometimes in moments like these you think about the CRAZINESS and the FUN that can be unfolded at all times in our lives. Simple moments of unplanned adventures can turn your mood from ‘evening normal’ to ‘supremely happy!’

You may also like: What Women Really Think; The Secret Is Finally Out!

The Universe was kind to us and we got the tickets! The only available restaurant was the popular Pizza place and after carefully thinking the calorie count for next 2 minutes, we ordered pizzas for all. The clock was ticking and we only had 10 minutes before the movie started!

A quick arm wrestle between the Father and the son, while waiting for the pizza to arrive made it to the one of the best moments. Us telling the pizza people to rush it was worth a praise because we made them deliver in less than 10 minutes! Eating the hot, cheese dripping pizza without breathing is an art which all of us mastered that day! 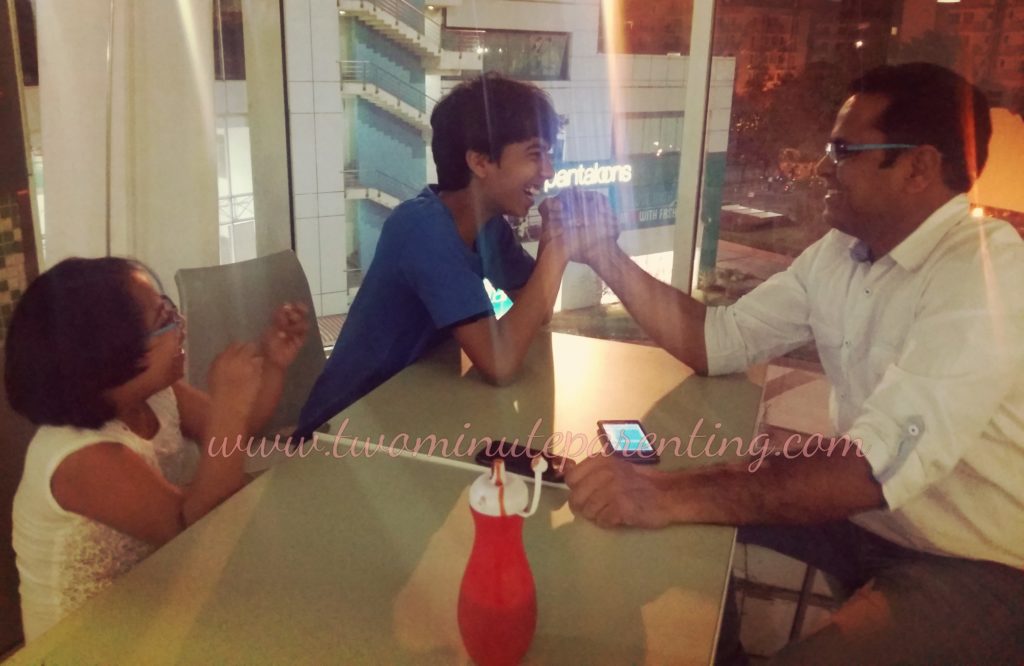 It was an evening full of ‘to be kept as memories’ moments and I wish I was a little less attentive and had clicked a few pictures of us begging the ‘movie ushers’ into letting us take that one slice of unfinished pizza’ inside! And when that did not happen, gulping it down without chewing, Running up the escalators and almost barging in the darkened theatre. It took us a little over 5 minutes to catch our breath and realise that we had missed about 10 minutes of film but we were happy to have made it! 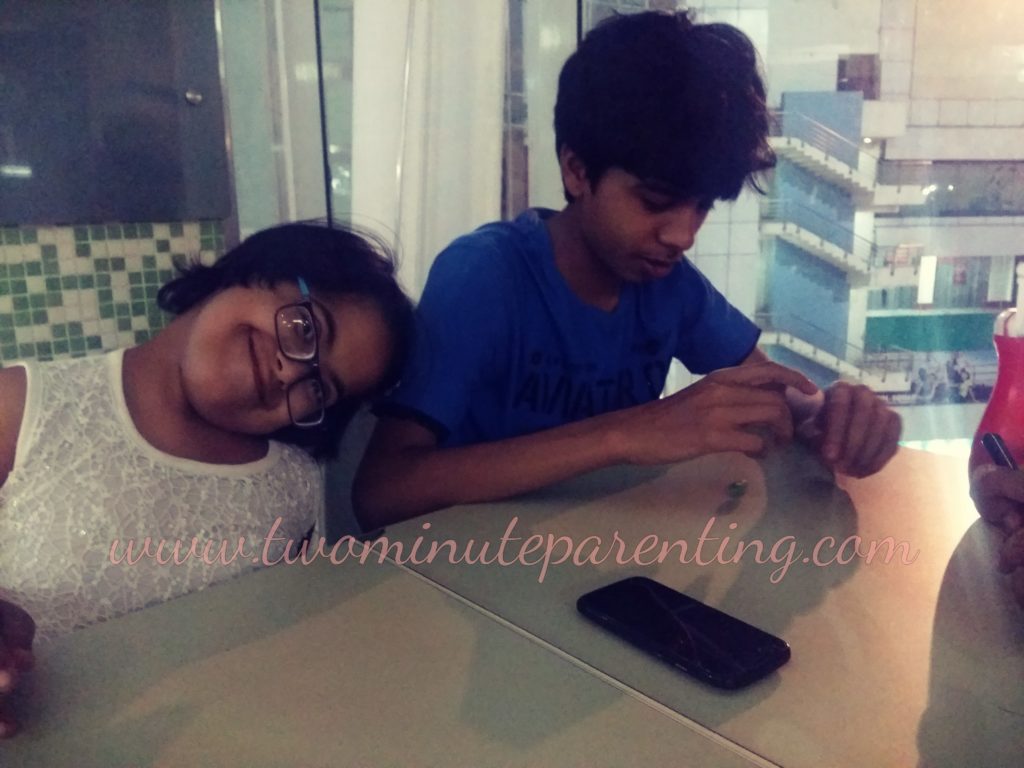 Coming back to the film. None of us presently have the four-legged friend as a pet and there was no reason for us to have come and watch this except that this was the only viable good family movie available and that ‘Aarshia’ wanted to watch it.

To be honest, this wasn’t the best that I’ve watched, also the adrenaline rush trying to make it to the movie made me a little less cynical than I usually am. To be fair, this wasn’t a bad watch. Yes, it brazenly blackmails you emotionally and I did tear up a few times; also the fact that it’s pretty simple and linear without too much complexity, made it an easy watch with the family.  A dog reincarnating and questioning his life’s purpose seemed a little too far-fetched and intriguing, but who loves normal these days anyway! Some of the dialogues were written to make you mushy and ponder about life and love! But mostly it was about empathy and need for companionship. A one time watch!

Here are a few dialogues, to give you an idea

“The job of a good dog was ultimately to be with them, remaining by their sides no matter what course their lives might take. All I could do now was offer him comfort, the assurance that as he left this life he was not alone but rather was tended by the dog who loved him more than anything in the whole world.” 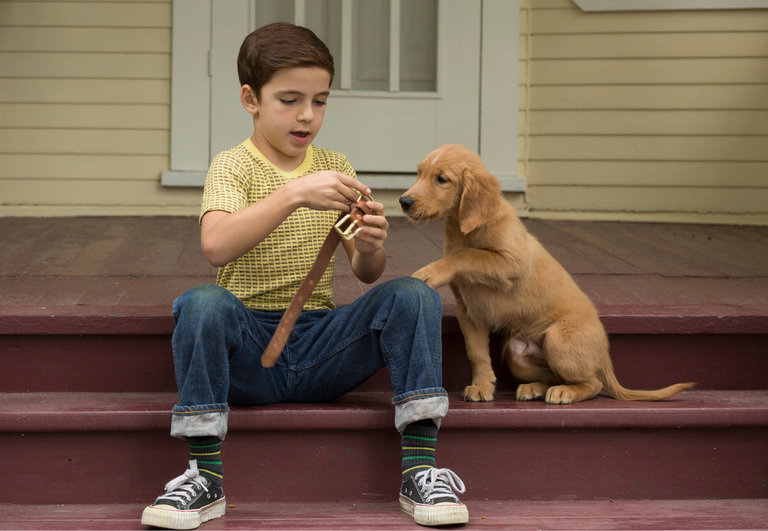 “Humans were capable of so many amazing things, but too often they just sat making words, not doing anything.”

“It was starting to seem to me that just when I had life all figured out it changed.”

“Human motivation is unfathomable to dogs, so I wasn’t sure why the two of us were separated, but I knew that when the time came, Ethan would Find me.”

“Humans are so much more complex than dogs, with such a broad range of feelings—though there were many times I missed the Yard, for the most part I was now living a far richer life, even though I often didn’t know what was going on.” 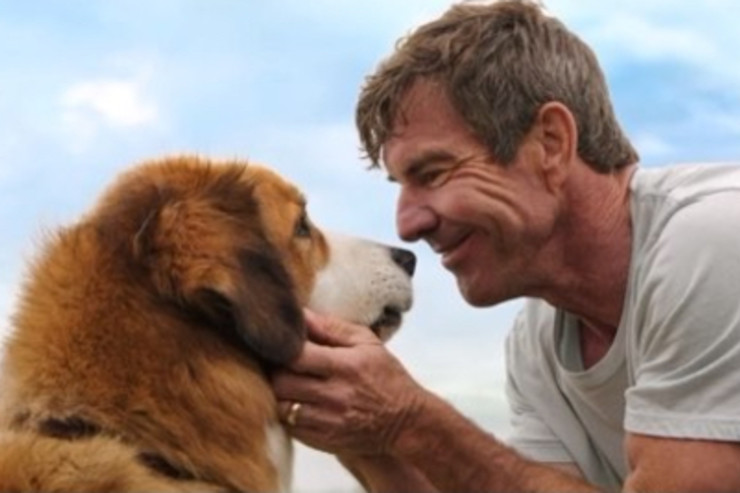 “Dogs have important jobs, like barking when the doorbell rings, but cats have no function in a house whatsoever.”

The film was about 90 minutes long and we were back with some fond memories, a heavy pizza filled stomach and an important lesson…

‘Unplanned moments are always better than planned ones’ 🙂