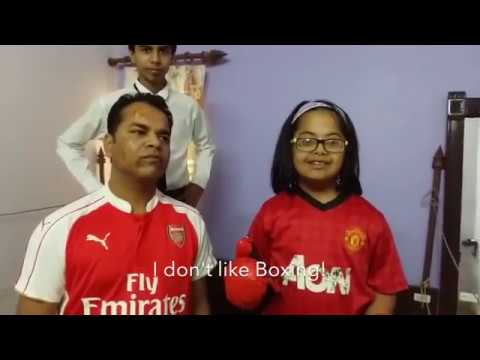 I believe if a picture is worth a thousand words, a video is definitely much more than that. A video not only indulges you, it immerses you.

Conventionally a home video was about the moments one wanted to cherish, when their child was taking that first step or when children were opening those presents on the christmas morning. Such videos used to make us happy and nostalgic, they still do, but now the premise of a video has expanded to much more than just milestone moments. We make videos when the kids are acting goofy, we make dog videos and travel videos and record much more than what our parents used to do. Of course the technology has made it so much easier for us, which is why people are creating more video material than ever before.  They are more about catching some real moments. Creating a home video can be turned into an extremely creative process if we can guide our children effectively. Even for children with special needs, this medium can be quite handy because of the ease of the process.

For our children with special needs, this invention is significantly more meaningful and important because we can use this technology in multiple ways to reinforce socially acceptable behaviour, to teach, to soothe, to entertain and to educate. Even for ‘neuro-typical’ kids, this can be one of the best learning medium. When I gave my 4 year old son a camera phone almost ten years ago, he created wonderful videos, commercials, recorded plays, birds and his fun time with friends. I used to give him tasks such as giving him a pen and asking to make an promotional advertisement out of it. He used to brainstorm with his friends about the writing, creating jingles, shooting, editing and presenting to us. Each idea/ show used to be worked on by him and his team of tiny people like him.

It was one of the best exposures I gave him and it taught him many great lessons in public speaking ( he had to present all that he created), shooting ( all the angles, props and background), editing ( the complicated professional softwares) and much more. 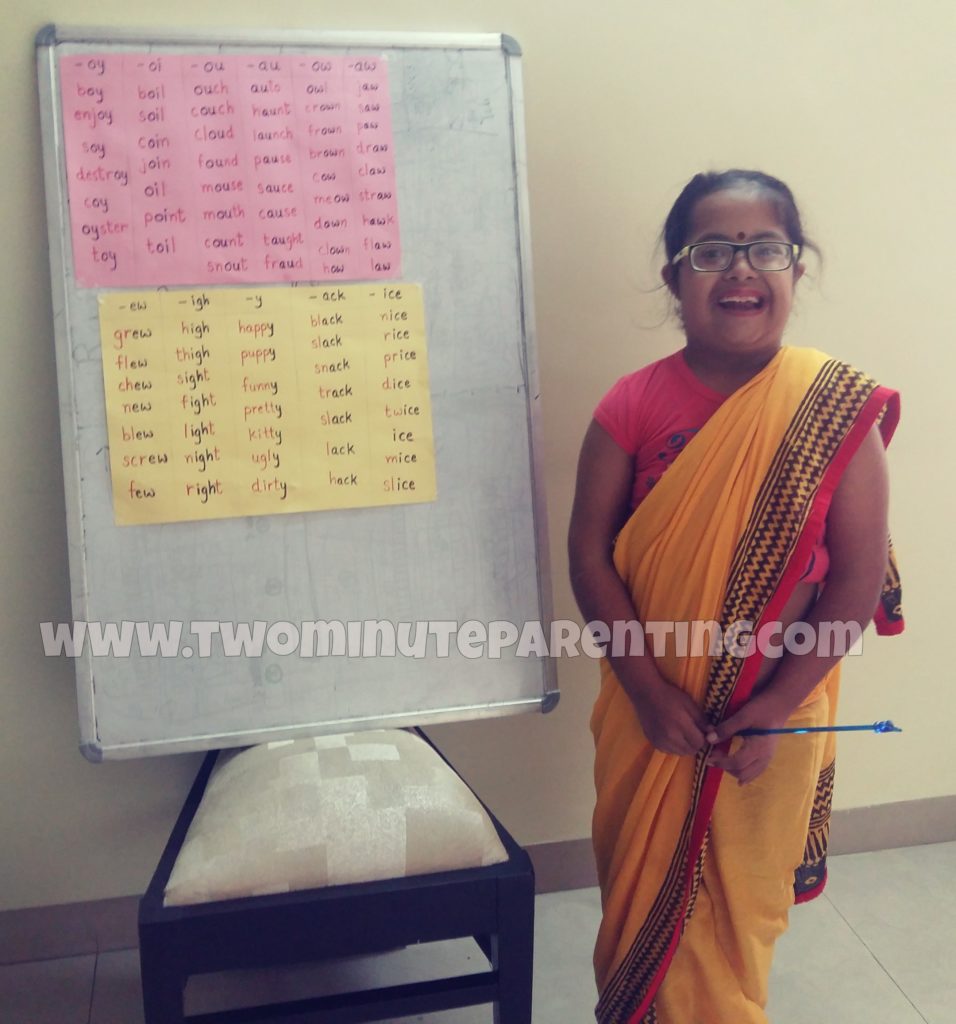 When my daughter was about two and a half and we had dealt with her diagnosis of Down syndrome and other issues, I got back to my love for education. Of course with her, the strategy had to be different. I realised, video was more beneficial than I had anticipated. I started recording her daily activities and showing them back to her explaining what all she was doing. There were videos of me talking to the camera or reciting alphabets or singing poems, which used to be played when I was out and she used to miss me.
In a very short time, Aarshia got very comfortable with the camera and even started asking me to record her so that she could show it to her Dad in the evening.

This went on for a while, till I started sharing a few of her videos to my fellow parents of children with special needs. Parents loved the idea and many even shared their own beautiful videos because their children loved Aarshia’s videos.

Also read: 16 Ways To Be An Unhappy Special Needs Mother

Recording and sharing Aarshia’s videos when she was studying or when I was teaching her a new strategy, helped many parents but more than that, it helped her! She is a drama queen and loves being the centre of attention, just like all our children. And, when she gets that by being in the video, she gives the task her 100% which makes this mama very happy.

Last year, her drama teacher were surprised to see her acting when we showed her a video which we explicitly made for her class reading festival. In her own words, she couldn’t believe Aarshia could do all that. A picture wouldn’t have been able to do that but a video helped me establish her real talents.

This year we created another home video with Aarshia and the appreciation was mind blowing. Parents, not just from India but from all over the world appreciated it and were happy and surprised to see Aarshia acting so well. The last few years helped her a great deal however, there was this question which I was asked yesterday, a parent asked me if these videos really help her? and if we are sure that they are not a time consuming activity? I answered her but I would also like to share what I truly believe about the same. This is an activity every parent should engage in as the benefits are multifold.

Home videos are two kinds. One is impromptu, which is the most popular and the other is a planned one. I’ve ventured in both so can say that both have their own importance and help the child in their own way. But since this question was asked mostly in context of ‘planned videos,’ let me explain why they are important to make.

Making a video is a collaborative effort in its real form

From suggesting a script to fighting over it and then finalising it. The initial process is surely maddening but super engaging. Also, since the whole family is invested in it, it becomes a great collaboration for all. When we were finalising our recent video script, we took all the inputs from Aarshia, my daughter as well. She was as much a part of the brainstorming as everyone else was. 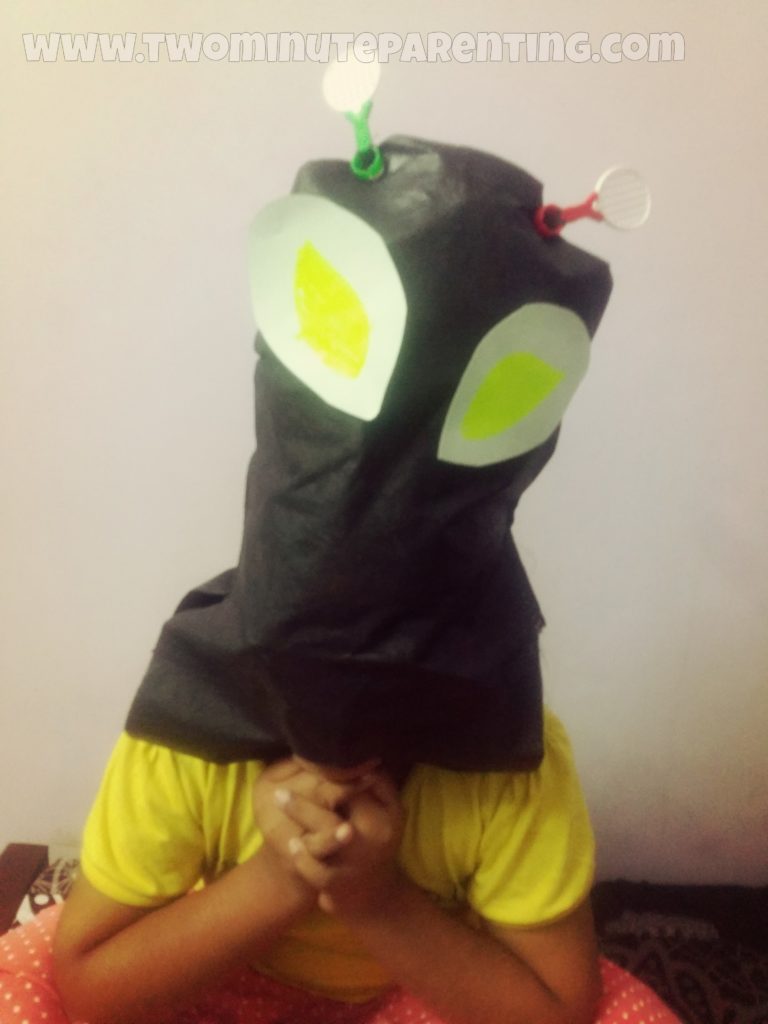 Spending some quality time together

The brainstorming, creating props, clothes, background can be such a fun process. In our latest video, there is a scene of boxing. My husband and son pondered on for quite some time and then made a boxing ring with our curtain rods and the clothesline rope. It was super funny and super resourceful at the same time. This process also helped us all leaving our gadgets behind and concentrating on one activity as a team.

I believe we are given a chance to create memories in the minds of our children and if we can create something beautiful together which we can revisit anytime, that can be a good example of a good memory. We had a great time while shooting, some goofy mistakes, some instant improvisation, someone knocking the door at the wrong time, Aarshia’s impromptu dialogues, somebody forgetting to turn the camera on when the scene was enacted, were some of the great moments of our fun times while shooting.

There is a reason why Aarshia is so confident in front of a camera. She looks at it like a friend and not a threat. She has been doing it for years now. Even in the last video we shot, she showed immense confidence in the form of her getting ready for all the shots, following all the directions to a T, giving all expressions correctly and then running to check if the shot was right, were some serious confidence building activities.

Engaging in a creative process

Being a part of a process which is bigger than you, is a feeling and experience which everyone should indulge in once a while. A video is an outlet, a creative process and seeing it from initiation to fruition can be a good exercise for an objective and a task completion.

Bringing the family and the siblings closer

The minute the whole exercise of shooting, reshooting and the editing was over and we all sat together to see the video for the first time, that’s when the magic happens. It was almost surreal because everyone watched it with a smile on their lips. We laughed every single time even when we had experienced and shot it firsthand, such is the magic of seeing your own children on the screen.

(This is our latest home video. Hope you all will like it)

When my son used to make videos at the age 5-6, we used to call our neighbours, friends and relatives at the weekend to show his videos. He used to sell tickets and I used to make popcorns and soft drinks for everyone. Being a tiny little boy, people used to be extra generous with him and he used to love the attention and admiration. Same is true for Aarshia. I still show it to friends and family, but it’s mostly over the Facebook or the whatsapp and they send me encouraging words for Aarshia, which she loves to read. It boosts her confidence and self-belief.

Many parents tell me that they are not creative or don’t know how to make videos, to this all I can say is that there is no skill that can’t be learned. Every mobile has a camera and every laptop has an in-built editing software. It would take only one or two attempts to get comfortable with the process but once you do, you’d love to create these beautiful memories which would last you a lifetime.