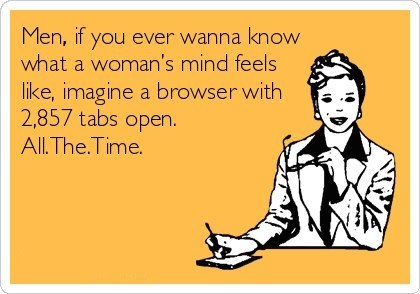 The frenzied ragbag of thoughts that occupy every square nanometer of a woman’s mind from the time she opens her eyes in the morning till she closes them at night (only to resume the same in her dreams in the form of a motion picture!), can easily outscore the number of galaxies in the universe.  Thinking, pondering, contemplating an issue till it loses its original shape is an extremely important part of a woman’s biology because the revolutions and rotations of the earth are fuelled with the energy created by the fusion of these very zillion  thoughts.

It is a wonder how millions of years of evolution worked so differently for men’s and women’s thinking process. While a man’s brain is ‘compartmentalised’; ours is ‘diffused’, ‘generalised’, ‘wandering’, ‘meandering’, basically anything but ‘in a straight line’. So when we think of one thing, we think of everything! On the other hand, a man’s compartmentalised brain can think of only ONE thing……and I mean ONE thing at a time (what did you think?).

To explain the functioning of a woman’s brain, sample this : one simple thought about ‘what to cook for dinner’ can take us in thousand different directions and all thoughts, starting from nuclear reactors, to ‘I can’t do it anymore’ or ‘I don’t have shoes’  to ‘let’s first watch the funny cat video’ are perfectly acceptable during this process! Our brain is like a superhighway and at any given point there are thousands of vehicles plying; big cars, small cars, very small cars, trucks, bicycles, buses, baby prams; so to think about one thing is like making our way to a new destination in another vehicle while trying to keep every other thing moving because if one car stops…there is an ACCIDENT! 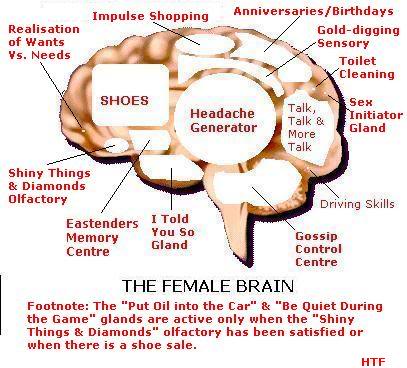 Science says women think differently and I wanted to do a test run on my thoughts for evidence.  I had initially thought, it is only my head that is perpetually drunk without a real drink but guess what? I was wrong. The more women I spoke to, the more I was sure about the huge difference that lies within our minds and thoughts from our XY brain numb counterparts.

Coming back to the test run, I made a quick list of all the thoughts that went in my head in about 3 hours from the time I woke up, just to prove myself right or wrong about the data volume, we as women have to deal with on daily basis unlike men who according to a study by university of Pennsylvania, have the ability to do absolutely nothing, and still breathe. We, women as I found out can’t even breathe without 50-60 random thoughts that would have no relevance, need or future impact.

Here is a list of my top 20 thoughts that I could note.. For all neurological purposes let me also accept that there is no way a woman is thinking only 20 thoughts in three hours but for an experiment sake, these could be noted down. Let’s open the pandora box now… 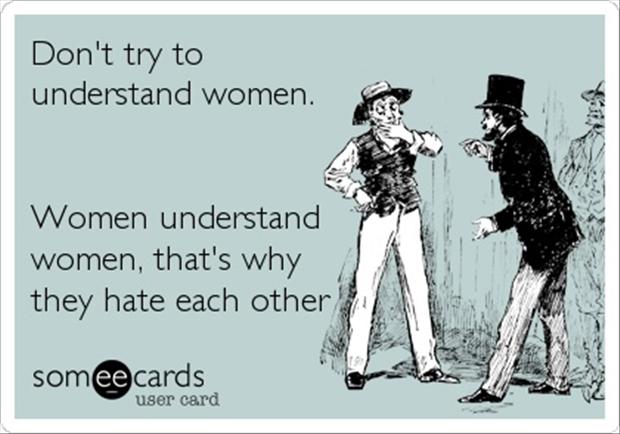 Chai or No Chai

4. Tea! Yesterday I had 4 cups of tea with sugar and milk. I wish I could control this tea thing somehow. I would consume at least 200 less calories only if I can give up this obsession with milk and sugar in the tea. Let me start from today. No, not today. May be from tomorrow. Today I want a nice ginger tea! Aha!

6. Now that the husband is gone, I can spend some time with the newspaper. Should I make another cup of tea? But I just had one. I need to spread the tea intake evenly through the day. But the idea of tea and newspaper together sound so good! Let me not make it. Thank God, I saved 100 calories. I think I am weighing 100 grams less already. If I see carefully, I would be able to see this change by evening today.

That dreaded CALL from the maid

7. The newspaper is bull**** same old stories. The house is a mess. I don’t know if the maid would come? She said she wasn’t feeling well yesterday! OMG she isn’t going to come.  I can’t breathe! OMG I am going to die! Let me wait one more hour… take a deep breathe. Aaah

8. Sonny dear is up! Another breakfast to make before 7:30AM. Do men have it easier? I am sure they do. Just the fact that they don’t have to deal with the monthly hormonal shifts and multiple murder thoughts is a huge advantage! I wish I was a man. But that would be weird. I like being a woman. Thank God I am a woman. ‘Mom..breakfast!’ God, please make me a man! 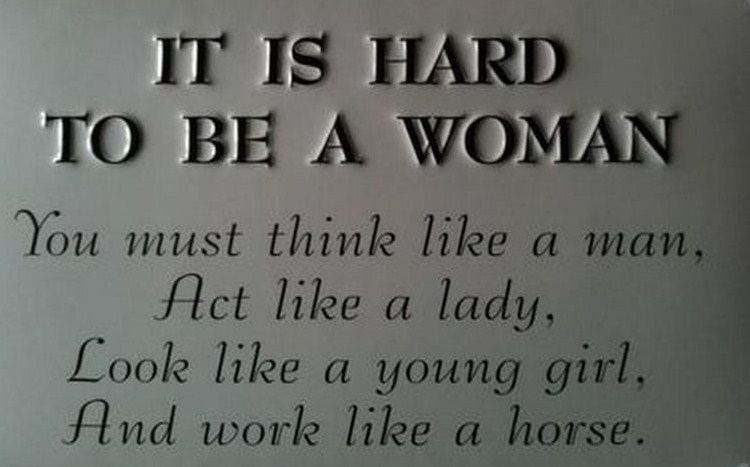 The Unachievable goals in the morning

9. Today I am going to write an article; start reading the book I bought two months ago with a super urgency of finishing it by the same evening; I will also make some activity sheets and possibly a video. I’ll see if I can organise the book shelf. If I think I can, I surely can.  I am going to optimally use this day! (great word!).

‘Three long calls later‘…Damn it’s like half of the day is gone. I need to write something. What should I write about? I can read at night. The book shelf? The worksheets? forget it. I am hungry. Let me make that cup of tea now! phew.

Also read: 8 Funny Quotes On Parenting That Will Make Your Day

10. I need to write. What should I write about? Let me write about the film I watched yesterday! What a great film it was. ‘Schindler’s list!’ The Nazis did horrible things to the Jews. Schindler was a great man. God bless his soul!  Thank God I am born in this time and age! But who knows? May be I was a Jew in last birth; or a Nazi? OMG, what if I was Hitler? No, I can’t be him. But I know a few politicians who can surely be him! So where was I…writing about the film? Why would anyone want to read about my review of a ‘World War II’ film? This world don’t need another movie reviewer. Stupid thought!

11. ‘Looking in the mirror’… Everything is lost! Who suggested me to go for a haircut? My luscious lovely hair is gone and now I look like ‘Sanjay Dutt’ from Saajan. grrh…another wrinkle! Do wrinkle creams really work? Need to get the threading done.  Why do I look fat every day! I need to exercise. I read somewhere that Kareena Kapoor does 200 surya namaskar every day to get that zero figure. If I divide it mathematically, I will have to do 20 Surya namaskars a day to achieve a figure 10. Not bad! that’s doable. Let me start tomorrow.

12. To get into that divine mood, I need some apt music. Where is the laptop? Youtube! great! search…spiritual music! Can I do Surya namaskar with ‘Frank Sinatra?’ I think I can. Let me try… 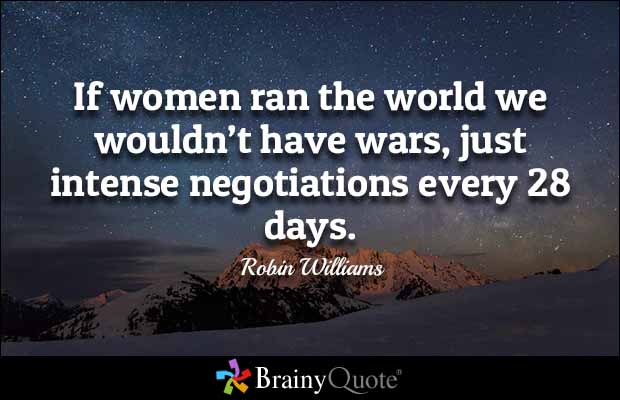 13. I am sure these actresses have their personal trainers 24X7 with them. No cooking, no thinking about what to cook. Juice ready, salad ready, nutritious food ready! And we die every day trying to look like them. Not possible after two kids! But Madhuri looks good even after kids…must have a personal trainer. How else can they stay motivated? If I will have someone worrying for my fitness, I will do better than her. Damn my back! Where is ‘moov’? ‘Ah se Ahaa tak’… Bad line! Frank Sinatra in background..’You make me feel so young!’ Damn young!

Who the hell invented Whatsapp

15. 130 Whatsapp messages in two hours. What on earth! Why do people wish each other ‘Good morning’ on Whatsapp! 40 Good mornings, 14 inspirational messages, 19 motivational videos, 7 social, 25 political messages. My phone needs to be given emergency CPR in the form of deleting hundreds of pictures and restarting it back again. Another half an hour gone! I need a phone manager. 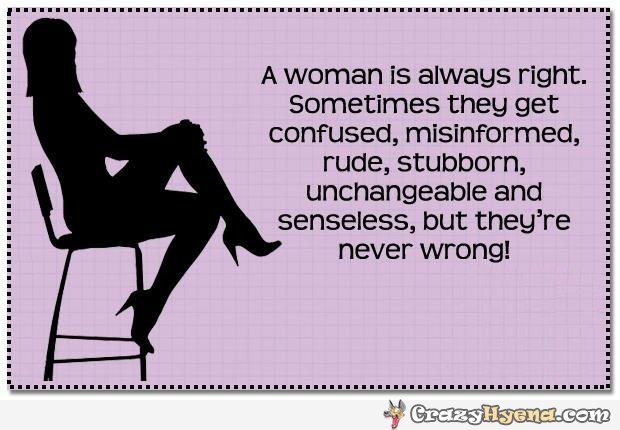 16. That reminds me I need to hire a wardrobe organizer too….saw it in one of the Hollywood movies. Women as professional wardrobe organisers (what an interesting profession) What would you even call them in Hindi? ’Almaari Aayojak’…hilarious! I would freak out if my kids wanted to be one. Oh God I have nothing to wear? An oversized almirah (made on order from Kirti Nagar against husband’s better judgment) and still nothing to wear and no place to keep all the stuff….I need a wardrobe organizer and some clothes!

17. (Phone buzzes) reminder to take my after-breakfast multi-vits. I’m so smart to have started putting reminders in phone, now I’m never going to forget or put off anything until next day especially my health issues. I work tirelessly the whole day I deserve to look after myself, but just a thought : if I’m not a fussy eater do I really need supplements? Let me Google . And Google like always gives a very clear answer –  YES and NO! Let me call a friend and ask and now we both are calling more friends for a clearer solution…its lunch time so the ‘after-breakfast’ pills issue has been sorted out…I’m a genius! 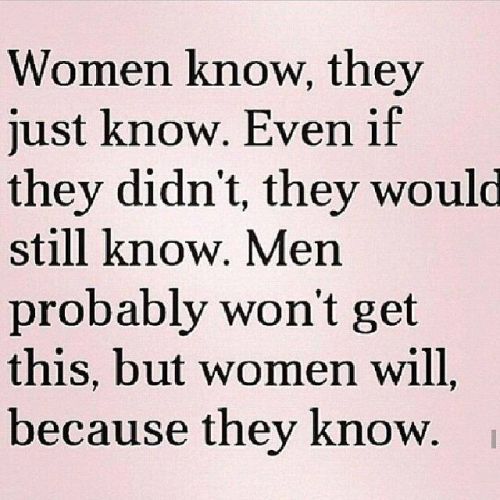 18. I have to start my fitness classes or Yoga or Gym or healthy eating or something….it’s been two weeks since I last thought about it. I wish my home aerobics with Bipasha went a little better! 20 full intensity minutes and I was walking like a pregnant duck the rest of the day! Bipasha lies. She must’ve shot the whole 40 minute workout over a week. Sh** the back pain! I’ll start from tomorrow or day after actually.

19. What to make for lunch? Sometime I wonder if Gauri khan, Kareena kapoor and Twinkle khanna also have to think about what to make? Do they struggle thinking it would be bhindi or aloo matar today?I don’t think so? But somebody has to think what to get cooked. It must be their kitchen manager. Wow! A kitchen manager! If some day..like in near future, I can have a kitchen manager…what all would she do? You are such a ‘sexist’ in your head woman’  Let me rephrase ‘what all would he do’? He will keep the kitchen spick and span, would look after the cook and the cleaner and would ask me if I want a chai every two hours…! Ah bliss… God! What to make for lunch?

20. Why am I feeling so tired in my head? Where is the maid? two missed calls from her?? She is NOT coming. Damn her! I knew it! What time is it? Kids are about to come…Chal Dhanno…do some cleaning and order some food. Coming to food, what should I order? South indian or chinese….?